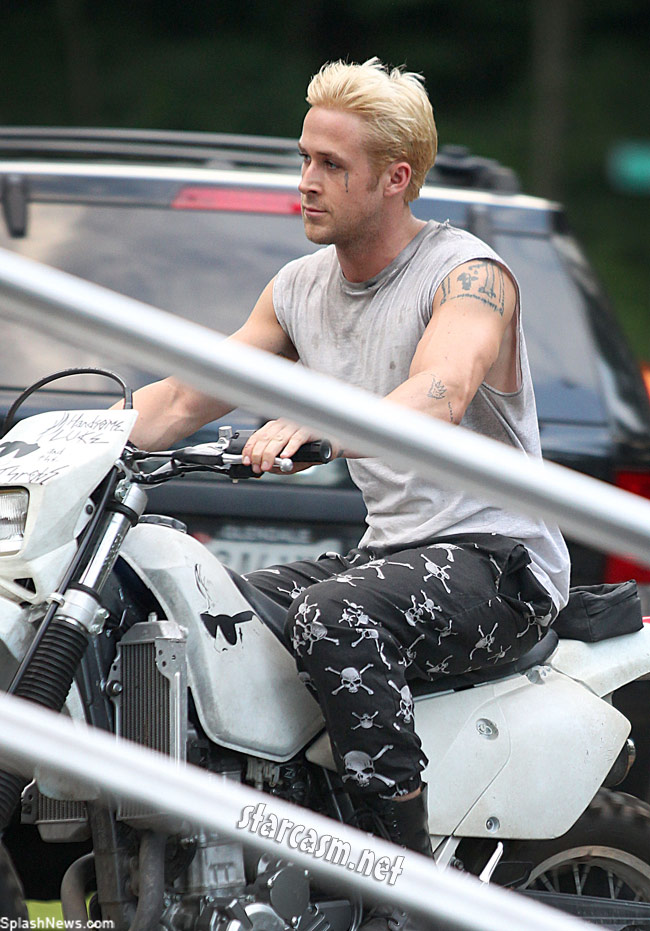 Now whenever someone mentions the name Ryan Gosling I’m reminded of Will Ferrell’s hilarious Mugatu character from Zoolander saying, “He’s so hot right now.” It’s been a long road for Ryan but seemingly overnight he’s become “the man” in Hollywood, with the ladies wanting to see him and studios wanting him on their film.

Crazy, Stupid, Love starring Gosling along with Emma Stone, Steve Carell, and Julianne Moore is currently in theaters and folks overall are having great things to say about the film. While we’re catching Ryan in that one he’s already moved on to other projects of course and these new look photos come to you from the set of The Place Beyond the Pines. According to IMDB Pines is about:

A motorcycle stunt rider considers committing a crime in order to provide for his wife and child, an act that puts him on a collision course with a cop-turned-politician.

He even manages to look hot in skull and cross-bones riding pants: 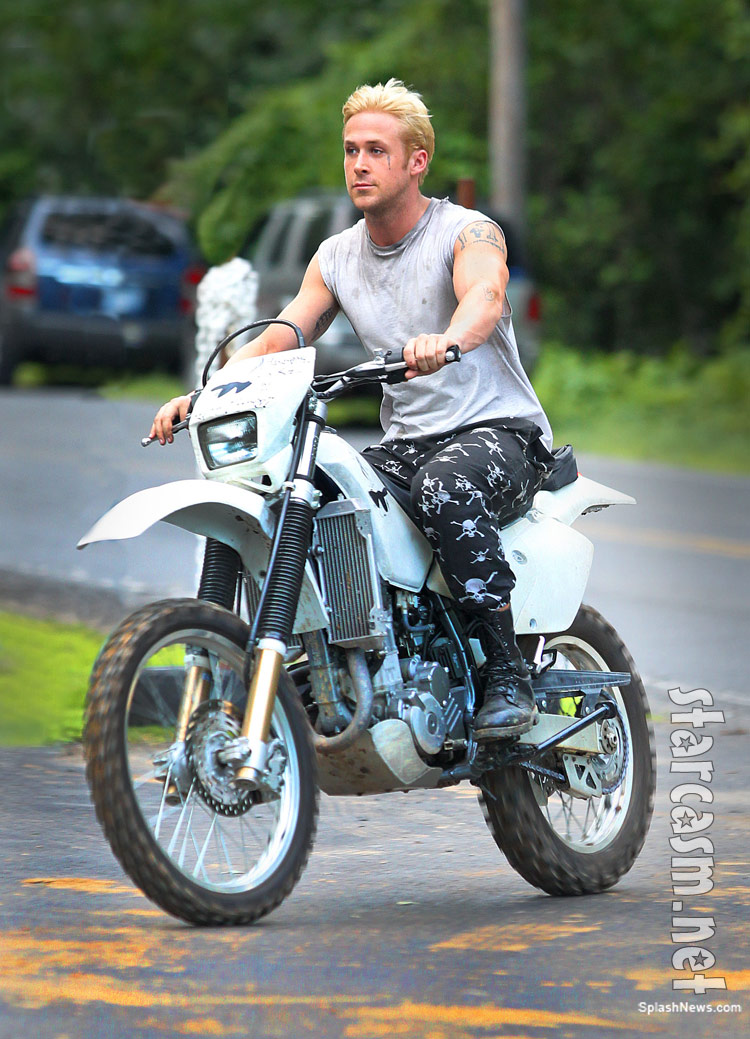 Gosling’s co-stars in this Derek Cianfrance (Blue Valentine) directed piece include Eva Mendes and Bradley Cooper. Ryan looks the tough-guy part as he’s seen riding a bike with bleached out hair along with a body and face covered with tattoos. The Oscar nominated actor will be teaming up with Cianfrace again as the two worked together on the aforementioned Blue Valentine.

Ryan’s next release that you can expect is the film The Ides of March in which he portrays a young idealistic staffer who gets a heavy dose of political reality as he works on a presidential campaign. Ides is based on a popular play and is directed by none other than George Clooney who knows a thing or five about being the Hollywood hunk “it guy.”

Here’s one more parting shot of Gosling with blonde hair and a face tattoo from the set of The Place Beyond the Pines: 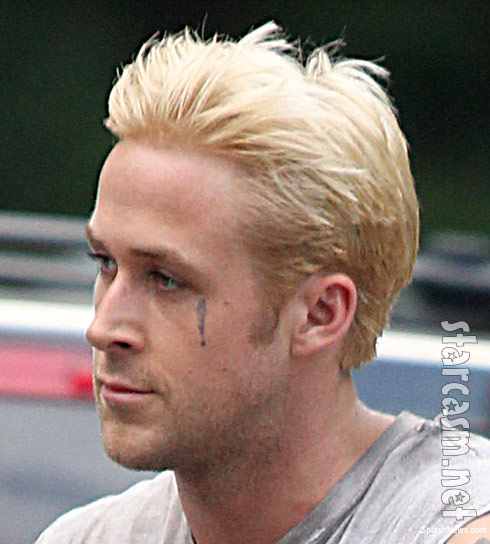