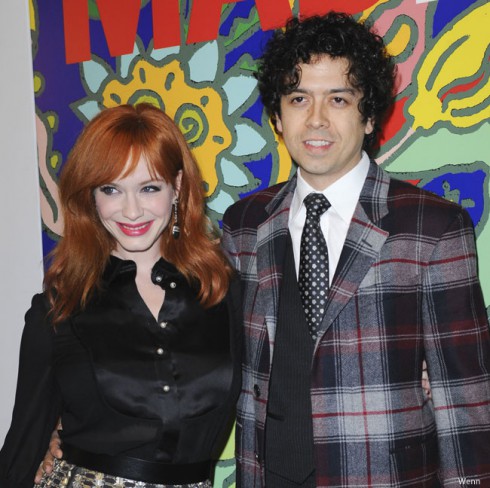 Mad Men beauty Christina Hendricks, who has been married to husband Geoffrey Arend since 2009, is speaking out about wanting to remain childless, despite cultural pressures to have kids.

“We’ve decided that we are not really interested in having children,” she said in the interview with Health. “It seems like it’s expected that you’d want to have kids.”
“It’s just very normal for people to say, ‘Well, when you guys have kids…’ And then when I say, ‘Actually I don’t think we’re going to do that,’ people will say, ‘Oh, you say that now…'” Hendricks continued. “It doesn’t bother me, though.”

“We got a puppy, and that’s my idea of starting a family,” Hendricks told Health. “People say, ‘Oh, that’s practice for parenting,’ but if it’s practice for anything it’s to be a mom to another puppy.”

Still, the 38-year-old actress is still leaving the option open. “You know, there’s a small chance I could change my mind,” she said.

Cameron Diaz, who is childless at 41, spoke about these issue a few years ago to Redbook (at the time she was promoting What to Expect When You’re Expecting.) “I’m sure a lot of people would expect that I would have had a child by my age,” Diaz said. “But it’s not what I’ve wanted out of my life thus far. We still live in a largely chauvinistic world. There’s a box people put themselves in, and when you [live] outside of it, that makes them uncomfortable — they have to look at themselves and question their own choices.”

What do you think? Does society put too much pressure on women to have children?