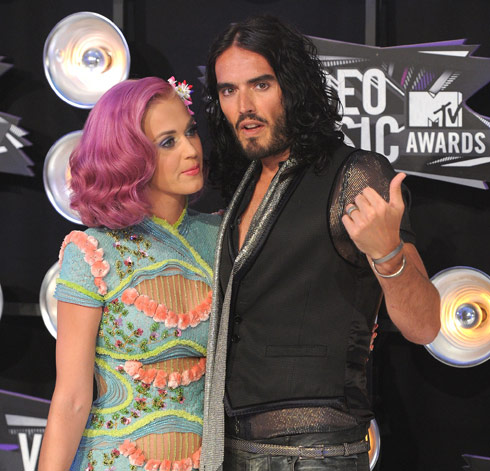 Rumors had been flying around recently about the possibility of Katy Perry and Russell Brand being on the outs. Well it’s rumor no more as Brand has filed divorce papers.

The docs were filed in L.A. and they cite the old stand bye of “irreconcilable differences.” Katy’s legal named Kathryn Elizabeth Hudson was used in the filing.

Russell made the following brief statement:

“Sadly, Katy and I are ending our marriage. I’ll always adore her and I know we’ll remain friends.”

The two spent Christmas apart and were both spotted out and about sans their wedding rings which flamed the rumor mill. Brand was seen walking around London yesterday sans ring. The couple have been constantly denying that divorce was imminent, Brand appeared Ellen earlier this month slamming the idea, and both of their camps shot down split rumors just this week.

“I’m really happily married … I’m married to Katy. Perpetually, until death do us part was the pledge. I’m still alive.”

The two were married on Oct 23, 2010 in India, and have been married for about 14 months. Their last public appearance together was at a benefit David Lynch Foundation in Los Angeles on December 3. 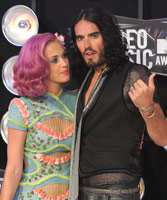