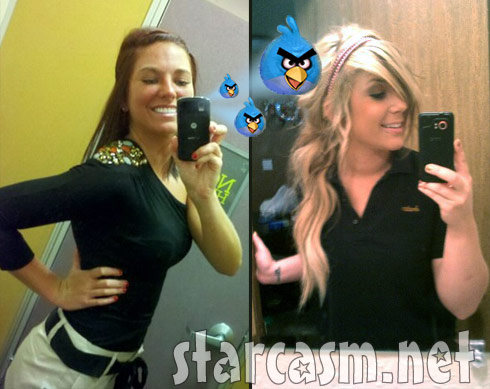 It seems that the holidays are not a good time for Teen Mom 2 stars, at least as far as Twitter goes! A few days ago we witnessed Jenelle Evans and her former best pal (and former roommate) Hannah Inman burn bridges with fiery tweets, and today Chelsea Houska’s best friend Megan Stroup is in the midst of an epic Twitter rampage against Chelsea that apparently began when Chelsea was unable to visit Megan in the hospital.

Megan was admitted to the hospital yesterday to have surgery to remove the rest of her appendix “that the Dr. messed up on” the first time. She was obviously scared and lonely and sent out a couple tweets (one of which directed at Chelsea specifically) pleading for someone to come be with her:

It seems no one was able to make it, and after her surgery, Megan’s emotions changed from loneliness and fear to bitterness and anger! She began her marathon anti-Chelsea tweet-a-thon that has lasted almost 19 hours! (UPDATE – make that 20 and counting.) Some tweeters have speculated Megan might still be on post-surgery medication and perhaps that is partly why she is letting loose. Either way, it has been a brutal marathon that seems to be destined to last longer than the Energizer bunny!

Meanwhile, Chelsea has remained fairly quiet about it all. (A far cry from her Teen Mom 2 sista from anotha mista Jenelle) I hate to make the overused “high road” reference, but I think it was the wise (and admirable) thing for Chelsea to do.

In case you’re not up for reading Megan’s tour de anger in its entirety, here are the Cliff’s Notes:

[Judging from the comments there is obviously some confusion between Megan Stroup and Megan Nelson, Chelsea’s friend and former roommate featured on 16 and Pregnant and Teen Mom 2 Season 1. And I will confess the photo above (Megan Stroup’s Twitter profile photo btw) does look like Megan Nelson! But, they are not the same person. My apologies for not clarifying that initially :)]

And here’s the unabridged version… 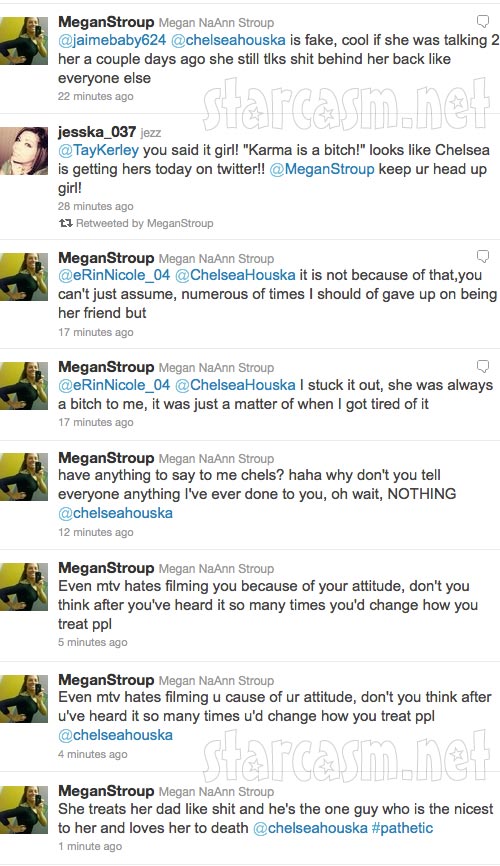 UPDATE – During the lengthy time it took to put this post together (It takes a while to cut and paste all them tweets y’all! Plus, I had to spend some mad hours creatin’ that Megan vs. Chelsea angry Twitter birds graphic!) Megan has added lots more! Here are the most recent….

UPDATE – Megan continued her ranting for another day. CLICK HERE for the lowlights.

Jenelle Eason explains unplanned cross country road trip, why she may not be able to fly ever again