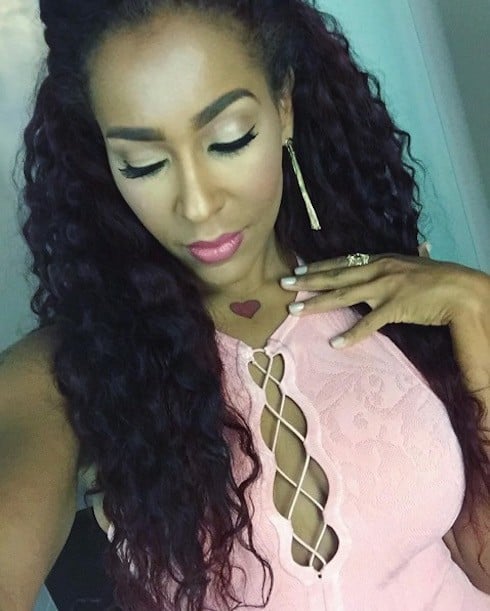 Amina Buddafly and Peter Gunz have been living on opposite coasts for months, ever since the culmination of LHHNY’s tumultuous 6th season. Now, the news that Amina is penning a tell-all book about her time with Peter and as a member of the Love & Hip Hop New York cast has many fans wondering whether she’s getting ready to unload on their marriage–though a recent spate of baby mama photos from Peter also suggests that relations between his family members might be better than ever.

Amina’s announcement, which was about as informal as could be, took fans and viewers by surprise, especially since LHHNY’s 7th season is expected to debut in just a few weeks:

Getting some writing done before my flight today is a must! Release date for #theotherwoman being announced soon ❣ by me and my publisher @13thandjoan

Shortly after that announcement, Amina mentioned in her post shared the original image and caption, with their own caption added, in an apparent confirmation of The Other Woman‘s forthcoming publication:

Books don't write themselves. Shout out to @13thandjoan author @aminabuddafly for writing her heart out on her forthcoming book The Other Woman. Stay tuned for her released date and big announcements for 2017! #Repost @aminabuddafly ・・・ Getting some writing done before my flight today is a must! Release date for #theotherwoman being announced soon ❣ by me and my publisher @13thandjoan

Though things between Amina Buddafly and Peter Gunz did not end well last spring, the birth of Amina’s son Bronx–her third child with Peter–seems like it might have brought the parents closer. A recent photo of Amina with Tara’s youngest, Gunner, seemed to make that clear, especially given Peter’s caption and the fact that Tara was the one who took the photo:

Sad how people talk shit about a photo that @iamtarawallace took… My kids will know and love one another as long as I'm alive no matter how adults feel about one another or me for that matter… love is in the air don't hate on it embrace it.. goodnight world

And it was shortly before their separation that Amina said she still believed Peter was a “good man,” and that, in spite of everything, he was her “favorite person.”