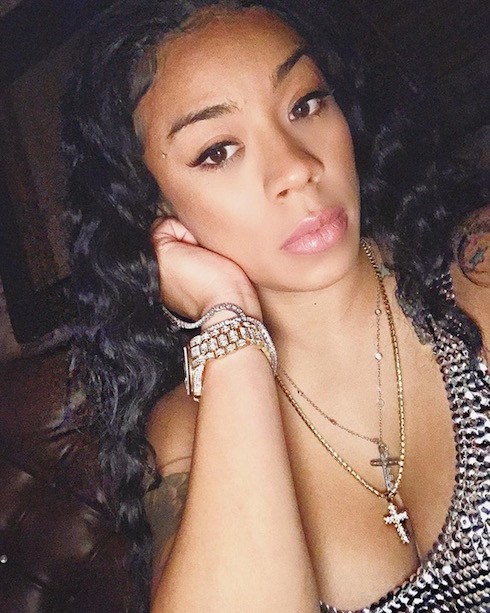 Keyshia Cole was the highest-profile addition to the Love & Hip Hop Hollywood cast for Season 4, and she kicked off her participation by confirming that she was getting paid approximately $1.5 million for the season. Though her huge contract may have been the reason some of the older cast members were let go, Keyshia and ex-husband Daniel “Booby” Gibson were, by and large, a welcome addition to the show.

However, a new report suggests that their figurative honeymoon may be over, thanks to allegations of a Keyshia Cole and Booby custody battle over their seven-year-old son Daniel Jr. The Jasmine Brand reported that Booby was prepared to sue Keyshia for both “spousal support and full custody of their son”–an aggressive move, and a far cry from the relatively civil, even playful chemistry the two have had on screen this season.

The original report was short on specifics (if you read the previous sentence, you pretty much got the gist of it), but it wasn’t long before Daniel’s reps responded with the following strongly-worded clarification:

Mr. Gibson wishes to clarify that he is not actively seeking spousal support and full custody. Mr. Gibson submitted a full settlement proposal to Ms. Cole some time ago, which excludes spousal support and includes a shared custodial plan for their son. The document in question (i.e. Mr. Gibson’s Response to the Petition for Dissolution of Marriage) is what we in the family law sector call inclusive. This means that a party will always file or respond in a way that gives them the best possible outcome in the event the case goes to trial, as it is much more difficult, time-consuming, and costly for the client to go back and amend a filing to ask for something that was not originally requested. Attorneys who are well-versed in Family Law are aware of this and almost always counsel their clients to file as such with the full understanding that a resolution is typically reached that is acceptable to both parties, particularly in a case like this, where the parties are on amicable terms. It is regretful that this document has been publicized and is now subject to scrutiny by individuals unfamiliar with standard family law practices. Mr. Gibson hopes to resolve this matter with Ms. Cole as soon as possible in a way that will allow them to move forward amicably and continue their cooperative co-parenting efforts.

So, basically, the response suggests that the original report was based on a misreading of Booby’s “Response to the Petition for the Dissolution of Marriage,” a document that more or less served as his backup plan in case he and Keyshia’s divorce got nasty. (Although Keyshia and Booby got married in 2011, and separated in 2014, they only filed for divorce this past September.)

In response to the original report, Booby posted the following photo to Instagram, and paired it with a caption that somehow manages to be both sweet and positively salty at the same time: 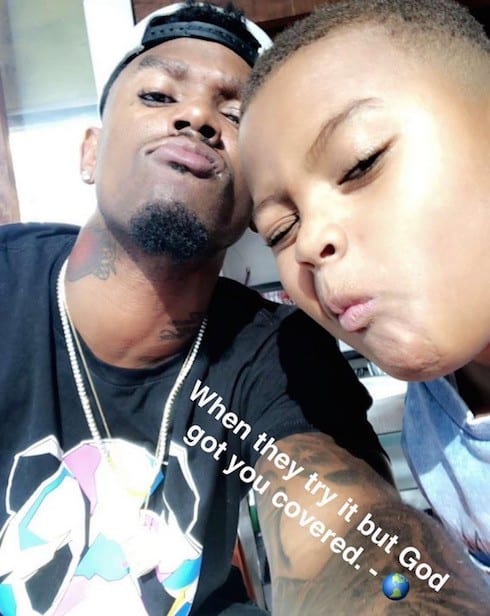 & for all you bozo’s that would ever think i could consider taking this lil guy away from his mother as much as he loves her & or a fuccin dollar from her after all she’s been to me & everybody else in her family after everything.. somebody need to slap the whole shyt outta you & ya mama too for raising ya dumb ass. When i told @keyshiacole i was forever indebted i meant that shyt. – ?

Keyshia also shared the following video shortly after the original report went public. She didn’t address the allegations specifically; by focusing on Daniel Jr., she didn’t have to:

This is MY INSPIRATION, MY MOTIVATION, DJ SAID MOMMY, the doors close by themselves, get this in blue, I like it. ??My father (Who I just met after 35 years says "Baby focus on equity" as he owns properties?? I've ALWAYS BEEN MOTIVATED TO GET MY OWN! And as I focus on RAISING A YOUNG MAN, WITH MORAL, I will say this, growing and learning from our mistakes, define!who we truly are. And I will continue to focus and STAY On THE RIGHT PATH. I thought this video was so cute,him dancing and all. ? #ProtectedByGOD #Period

Keyshia and Booby’s first season on Love & Hip Hop Hollywood concludes with the finale on Monday, October 9th, followed by a two-part reunion special on the 16th.