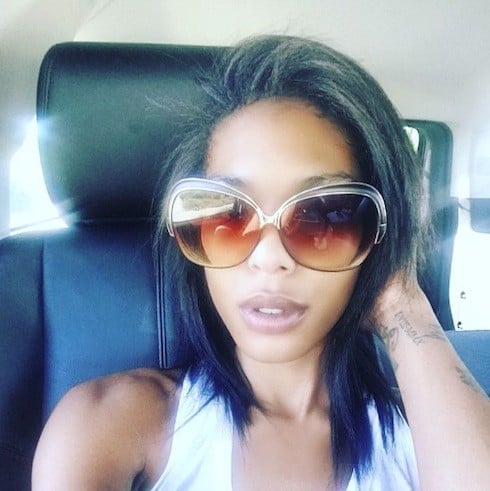 We’re only one episode into the new season, but major LHHH cast changes could be afoot, thanks to a surprising string of since-deleted Instagram updates from cast member Moniece Slaughter. According to Moniece, she’s very likely going to quit (in a blaze of glory) at the end of Love & Hip Hop Hollywood Season 3, because of what she calls unfairly low salaries from VH1.

Moniece dropped the surprising news–which, at this point, is still only rumored to be true–while filming for LHHH Season 3 was still ongoing. Though the posts she shared have since been deleted, the ever-intrepid Internet managed to document them in screencap form; taken together, they describe what sounds like a very unhappy cast member. “This job ain’t payin us,” Wetpaint reported, shortly after the deletions; “It’s turning me into a savage It’s made me SEVERELY unhappy So I’ve decided to stop making time for it.” That “severe” unhappiness apparently has to do with being overworked for “months at a time with no money.”

While it wasn’t immediately clear if “no money” meant the show’s production company had been demanding overtime work without compensation or if Moniece simply wanted a more generous contract, she did offer more details in a comment captured by The Shade Room:

Plus, now that Love & Hip Hop Hollywood is airing new episodes, it seems that worry about a cast exodus has producers screaming in the face of mass mutiny before it can begin. A recent Morning Ledger seems to suggest that the rest of the Hollywood cast might be ready to follow Moniece out the door. Since “some cast members have decided enough is enough,” it appears that “the producers might pull the plug on the show entirely.” Lending credence to these rumors is the fact that Love & Hip Hop Houston has been filming for weeks.

Of course, all these rumors could be nothing more than just that. Devoteés will recall that a mass firing of the entire LHHATL cast was rumored weeks ago, as that show’s most recent season lurched to its conclusion. Endless over-the-top drama was said to be the reason for those forthcoming firings, though, and not salary drama–something that’s much more tangible.

And, while the exact salaries of each Love & Hip Hop cast member aren’t known, we do know that Atlanta‘s Mimi Faust pulls in about a quarter-million dollars per season from base salary alone. It’s possible that, if Moniece & company make less than that, they simply want matching paychecks. Of course, the network could turn around and contend that Love & Hip Hop Atlanta is the most popular entry in the franchise, outdoing Hollywood‘s ratings on the regular. (However, they might not want to point out that Mimi Faust has reportedly quit her show following a crazy-contentious Season 5.)