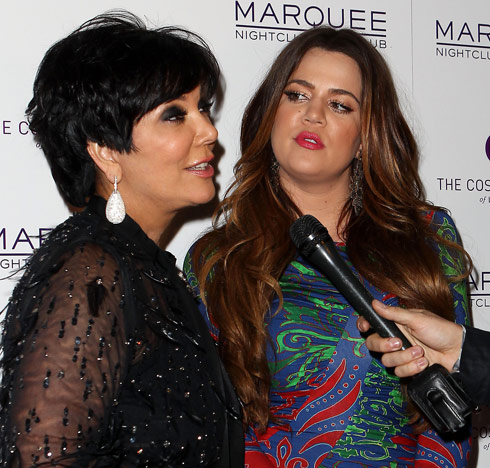 Yesterday a story blew up about Khloe Kardashian and whether or not she’s the biological daughter of the late Robert Kardashian. All of this heat came from comments made by Robert’s 2nd wife Jan Ashley and his widow Ellen Kardashian.

These inflammatory comments brought into question the paternity of Khloe and had folks wondering if she was indeed Robert’s.

Court papers just unearthed might calm this speculation down as it’s been revealed that Robert Kardashian himself stated that all 4 of his children were biologically his. This statement comes from when Robert was seeking to have his marriage annulled from Jan Ashley in 1999.

His submitted declaration to the judge, remember that Robert was a top gun lawyer who even worked on the O. J. Simpson defense, stated that his marriage didn’t work out because Jan wanted to have a child with him, but he didn’t want the same.

“I decided that since I already had four biological children, I did not wish to have any more.”

In Jan’s recent comments she stated out right that Robert confessed to her that he didn’t believe Khloe was his.

Now does this declaration prove anything? You could make the argument that the statement was made out of Robert’s desire to split from Ashley. I mean, would he have written, “Since I have 3 biological children and one that may be the love child of my ex wife…?”

I think the bottom line here is that we just don’t know for sure and Kris Jenner’s open admission of infidelities only will empower those who lean to believing that Khloe had a different baby-daddy.

In a video interview this morning with GMA Kris Jenner called the paternity rumors, “crap.” She also said “I gave birth, I know who the dad was. Everything’s good. Don’t worry about it.”

As many readers of ours have pointed out, I think in the end what’s important is that Robert loved and took care of Khloe (Bruce Jenner has also loved and taken care of Khloe before AND after Robert Kardashian’s death) so where it really matters she was and always will be his daughter, biological or not.