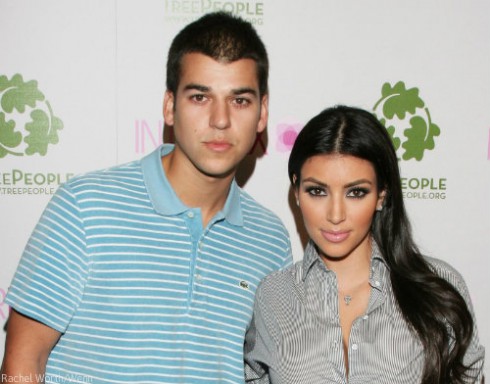 It doesn’t sound like Rob Kardashian is laughing after reading Kim Kardashian’s new comments on his weight struggle.

Speaking to Rolling Stone for their new issue, Kim said it’s “not that mysterious” why Rob’s avoided public life for most of the past two years. She explained, “Do I think he smokes weed, drinks beer, hangs out and plays video games with his friends all day long? Yes.”

When asked if Rob’s vices aren’t more along the lines of “hookers and meth at the Ritz,” Kim laughed and said, “No, no. Or he’d be skinny.”

Sources now tell Us Weekly those comments reignited the feud between Rob and Kim — who had been on good terms until the story was published.

“Now he’s furious at her again….He has been bitching her out on her phone. He’s mad — pissed as hell,” the source said. “Rob has blocked Kim on his phone. He doesn’t want to hear what she has to say. He says there’s no excuse she could possibly have for saying that. He will not forgive her.”

Another source said Kim loves Rob, but is more “direct” than her other family members.

That insider added, “It’s not Kim’s personality to nurture.”

‘It’s just so f–ked up’ Kim Kardashian calls out Tristan Thompson for allegedly cheating on Khloe ?