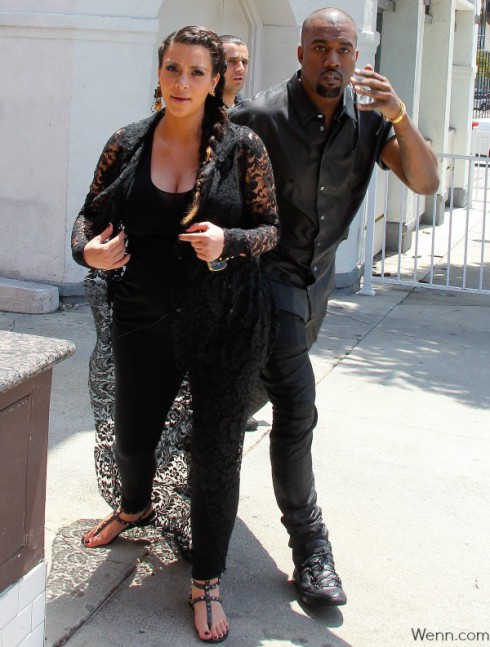 President Barack Obama believes a “change in culture” has corrupted the American Dream — and he’s willing to point fingers at Kim Kardashian and Kanye West.

“I think there has also been a shift in culture. We weren’t exposed to the things we didn’t have in the same way that kids these days are… Kids weren’t monitoring every day what Kim Kardashian was wearing, or where Kanye West was going on vacation, and thinking that somehow that was the mark of success,” President Obama said in an interview with Amazon.com.

Obama, who previously called Kanye a “jacks**t” for storming the VMA stage and interrupting Taylor Swift’s acceptance speech, added he and Michelle remind their daughters that reality show environments are “not the norm.” Michelle has also said the girls aren’t allowed to watch Keeping up With the Kardashians.

The president jokingly spoke out against the Kardashians before. Most notably was the 2012 White House Correspondents Dinner, which Kim Kardashian and Kris Jenner attended.

“Why am I telling knock-knock jokes to Kim Kardashian? What is she famous for, anyway?,” Obama quipped during the famously humorous bash.

This time, however, he seems to be much more serious about the cultural consequences of the Kardashian family.

“The American Dream involved some pretty basic stuff,” Obama said of better days. “A good job where you felt some security. A good education… People felt if they worked hard they could get there… I don’t think people went around saying to themselves, ‘I need to have a 10,000-square-foot house.’”

To be fair, the Obamas currently reside in a 55,000-square-foot house (aka the White House). They just haven’t redecorated with gold-plated toilets à la Kim and Kanye.

Does President Obama have valid points or is he overstating the effects of reality TV?