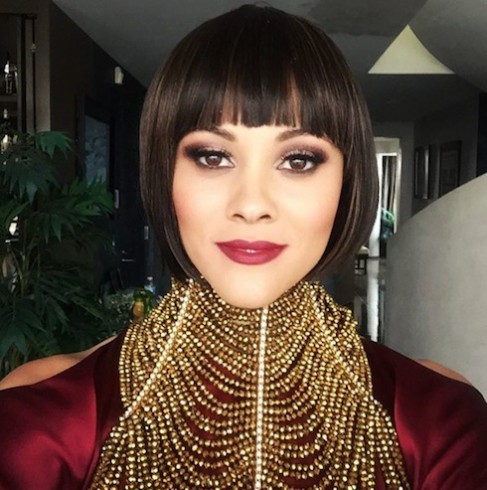 Though The Real Housewives of Potomac‘s first season is just a few episodes old, the Ashley Darby drama won’t stop: it seems as if the bubbly 24-year-old can’t please any of her fellow castmates, no matter what she tries. Next up? RHOP mainstay Robyn Dixon, who’s been relatively kind to Ashley onscreen–but who sure wasn’t afraid to share what she really feels about Darby in a viral blog post.

At least some of the Ashley Darby drama can be traced back to the fact that her multimillionaire husband is 29 years older than her. It seems the mere presence of the couple is enough to make the rest of the RHOP cast feel jealous, superior, and confused. Gizelle Bryant, in particular, has been outspoken in her criticism of the budding society girl, calling Ashley a “THOT” in her very first RHOP appearance.

The fallout from that particular insult looks to pervade the rest of the season–but, for now, it’s Robyn Dixon who’s starting a new Ashley Darby feud. Though Dixon has been a calm and welcoming presence in the past…

@ashleyboalchdarby, you complete us ?This little one makes her debut tonight on #RHOP tonight at 9pm est on Bravo! Tune in to see Ashley’s not so warm welcome. ???

The Real Housewives of Potomac airs Sunday nights at 9 PM EST on Bravo.