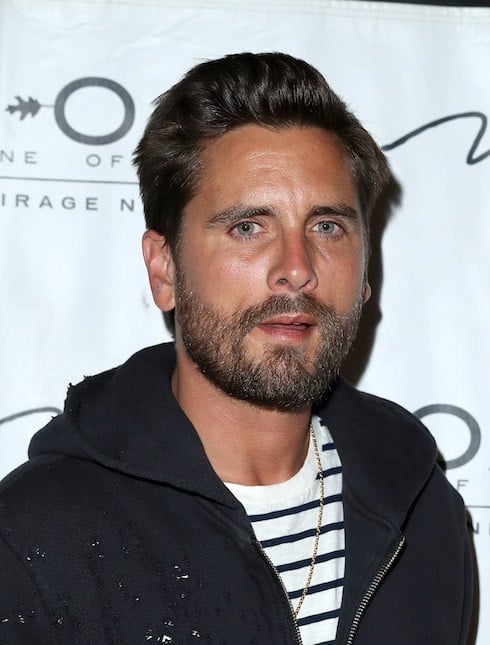 The latest from People suggests that Scott’s need for high-profile girlfriends and heavy PDA “is going to cost him his family if he’s not careful,” before going on to claim that, at this point, Disick is all but incapable of being careful.

“I don’t want to say that Scott is out of control, but yeah, he’s out of control,” says their source. “He’s making a lot of choices that aren’t the best thing for him or his family….He’s going pretty wild.”

And, in response to the news that estranged partner Kourtney Kardashian apparently refuses to let him see their three kids until he changes his ways, Scott has just as apparently decided to double down on his behavior. In response to news that Kourtney has a serious relationship with 23-year-old model Younes Bendjima comes a TMZ dispatch stating that Scott’s “revenge campaign” has essentially burned his last bridges with the Kardashian family. Scott actually “had no interest in Bella Thorne,” but is “livid” that Kourtney’s moved on from him. So he’s “trying to be photographed with these women” in order to force Kourtney to have to explain things when “their kids [read it online] one day.”

The Sun notes that Scott has actually notched a different hookup every day this week. The Daily Beast suggests that Scott Disick’s drug addiction has actually ramped up enough that he’s using his sex addiction as a public mask for it. And we have no way of knowing any of this for sure–it’s entirely possible that Scott is drumming up attention to boost his ego, or to keep himself in the spotlight while Kris Jenner keeps shipping his house flipping show to E!-affiliated cable networks.

But, if you look closely at the photo at the top of the article, you’ll notice that Scott hasn’t pluck his nose hairs in at least a couple of weeks. While everything we know about his forays back into alcoholism and drug abuse may be steeped in rumor and uncertainty, those follicles don’t lie: Disick isn’t taking care of himself. Millionaire or not, the company he keeps won’t permit untidy nostrils; if he goes much longer without even a trim, he can kiss this one-new-girlfriend-per-day streak goodbye. (And good luck ever unseeing Scott Disick’s nose hairs.)