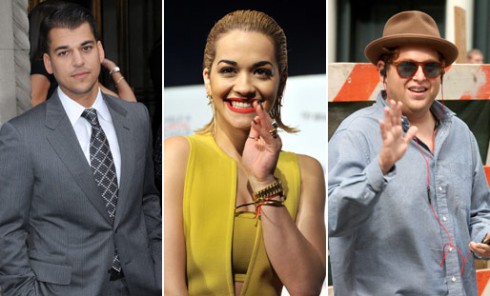 A few weeks ago, Rob made headlines when he accused his former girlfriend Rita Ora of cheating on him with 20 men. While 20 may be a pretty outlandish number, the identity of one man has now been revealed — and it’s pretty interesting. According to a new report, Rita allegedly hooked up with actor Jonah Hill.

“Rita spent the night with Jonah during a trip to New York,” an insider reveals to Us Weekly. “She was at a club. They went home together and Rob found out.” The fling reportedly went down sometime last month but Rob didn’t split with Rita until earlier this month — December 3rd to be exact.

“When a woman cheats on you with one man, I can live with that,” Rob said at the time. “People make mistakes, trust me. I have forgiven numerous times. But when a woman disrespects herself by messing with more than 20 men all while being in a relationship with a faithful man . . . ”

Rob and Rita had been spending time together for the past several months but never actually confirmed they were dating although Rob did sort of confirm that they were at least hanging out back in August when he debuted a faux tattoo of her name on his hand.

As for Jonah, he split with Ali Hoffman in September after a nine month romance. Ali’s father, Dustin Hoffman, discovered Jonah during his high school days and helped get him his first big break in I Heart Huckabees. Prior to dating Ali, Jonah dated his high school friend Jordan Klein for several years. They split in October of 2011.