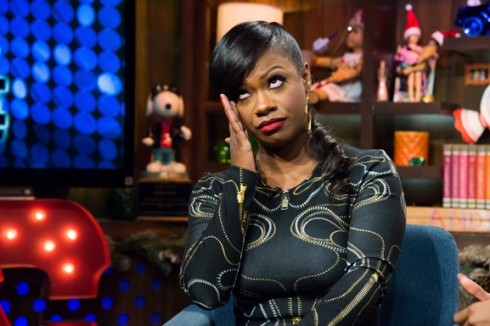 Real Housewives of Atlanta star Kandi Burruss married Todd Tucker this April, and tonight Bravo airs a special showing all the details called The Real Housewives of Atlanta: Kandi’s Wedding. Like most weddings, the happiness comes at the price of a bit of stress. Kandi’s mom Joyce has had a problem with Todd from the get-go, and things got even tenser when Todd resisted signing a prenup. Kandi is a great businesswoman and has always touted the importance of prenuptial agreements. Did the prenup actually happen before Todd and Kandi tied the knot?

“I got a little pissed at the bridegroom the night before this wedding,” Mama Joyce told Madam Noire. “He kind of held up on signing the prenup and didn’t come to the rehearsal dinner because he didn’t want to sign it. His mom said she didn’t see no reason for him to have to sign because they were in love. He was the one who didn’t have a damn thing, but that’s another story. But from what I understand, he did sign.”

Kandi explained on the Tom Joyner Show that Todd and his lawyer’s resistance didn’t have anything to do with money. “He always said that he would sign it, but I guess after he had met with his attorney they were bringing up stuff that they felt like was unfair,” Kandi said. “It wasn’t anything to do with the money part. My attorney had added some things that would normally be in a will. It was some extra stuff.”

According to Media Takeout, this is part of what was in the agreement:

1. Kandi gets to keep the house, her cars, and any and all assets that she had before they got married.
2. In the event that Kandi dies, all of her assets go to daughter Riley, and not to Todd.
3. If the marriage ends before 5 years Todd gets NOTHING. If the marriage ends between 5-10 years, Todd gets $100K, and after 10 years, Todd gets $300K.
4. The couple agrees to have separate accounts. Any money and any assets that aren’t in accounts with Todd’s name ONLY – belong to Kandi 100% in the event of a divorce.