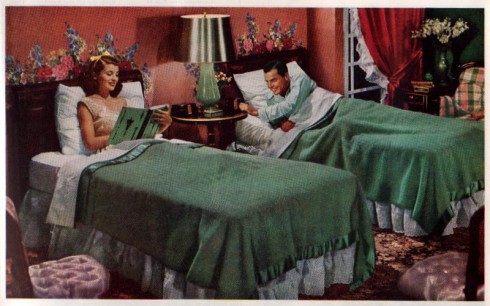 More couples than ever before are deciding to postpone or forego marriage in favor of simply living together.

According to recently released finding from the National Center for Health Statistics, 1-in-2 women aged 15 to 44 cohabitated with a partner between 2006 and 2010. Back in 1995, only 34 percent of women admitted to cohabitating outside of marriage.

As is the fear of many traditional parents, shacking up often leads to other things…

“As you cohabit longer, there’s more of a chance to become pregnant,” said Casey Copen, the lead author of the study, which only tracked male-female relationships.

The research found 20 percent of women get pregnant within the first year of living together. Upon learning about the pregnancy, fewer and fewer couples are deciding to get married: Only 19 percent wed within six months of the pregnancy, versus 32 percent in 1995.

Of course, many couples like to think of living together as a trial run before marriage.

“Long-term commitments are more broadly defined and for many, can mean cohabitation without a legal document or public declaration,” psychotherapist Lisa Kift told CNN. “Many couples believe they are doing their due diligence by having the experience of living together before making a commitment to marry.”

Based on the results of the survey, it seems that 27 percent of cohabitating women decided they didn’t like their partner’s dirty dishes or stinky socks, so they broke up. Only 40 percent of couples got married within three years of moving in together. 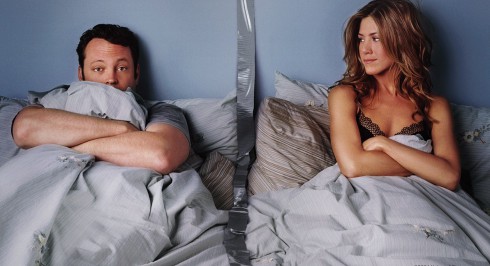 “Those who have less than a high school degree are cohabiting for longer periods of time,” Copen said. “Women who have a bachelor’s degree or higher are more likely to move into marriage.”

As people on both sides of the Living Together Before Marriage debate will tell you, there are inherent challenges with each decision. Simply looking at the divorce rate shows that marriage can be difficult and should not be entered into lightly.

However, Sarah Grooms, who has lived off-and-on with her boyfriend since 2005, told CNN that deciding not to get married presents obstacles of its own:  “I would advise people choosing to cohabitate prior to marriage, to not make the decision lightly and to discuss potential issues that may arise and how they would be handled well in advance.”

Copen said the good news is that regardless of whether is couple is married or unmarried, the individuals tend to be happier and healthier than their live-alone counterparts.