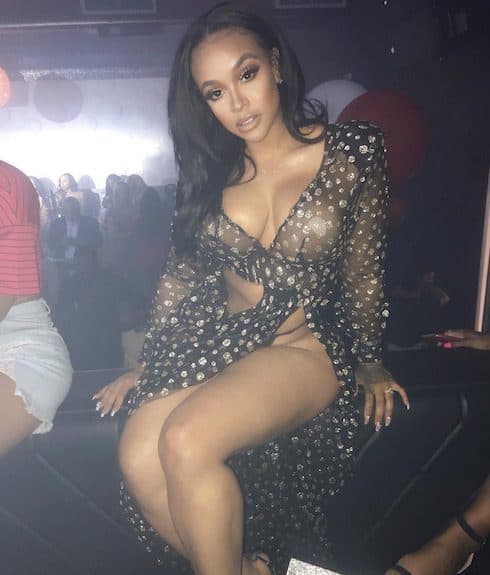 For months, she’s been teasing her departure from the show that helped make her an icon — but is Masika Kalysha still on LHHH, or did she really quit in a mysterious dispute with producers? Masika, who recently debuted the hashtag #WheresMasika in response to the many fan inquiries she’s getting on Twitter, has kept skillfully coy about the situation, even as she teases a big future project.

Masika may have gotten out of her LHHH contract

This past February, we reported on the rumor that Masika and the Love & Hip Hop producers had parted ways. Though the source was anonymous, it was allegedly “Masika’s own request” that she no longer appear on the show, which “she [felt] like she’s outgrown.”

Furthermore, Masika was apparently “ecstatic about getting out of her contract.” Though there were no details about how she did so or why she needed to get out of it, Masika’s ecstasy supposedly stemmed from the fact that it’s “hard to leave before your contract is up” on Love & Hip Hop.

However, Masika herself muddied these waters a couple of weeks ago in a Twitter exchange with some fans. She didn’t say that she *hadn’t* gotten out of her contract; she just made it sound like she’d found some other way to maybe escape her former obligations to t he LHHH producers.

Here’s the trio of tweets in question: 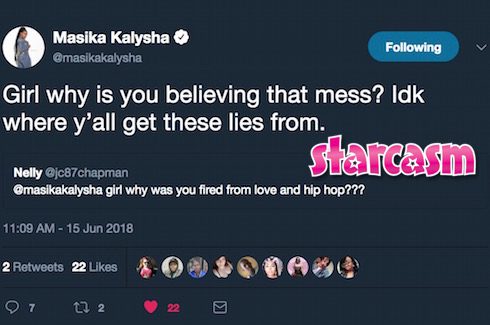 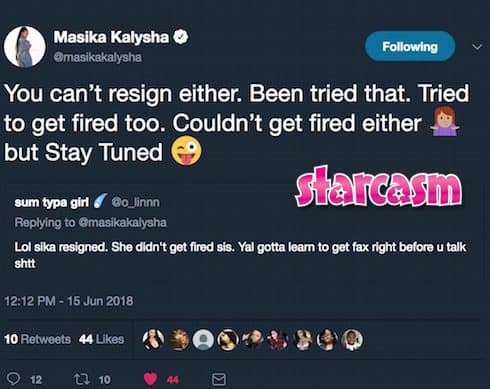 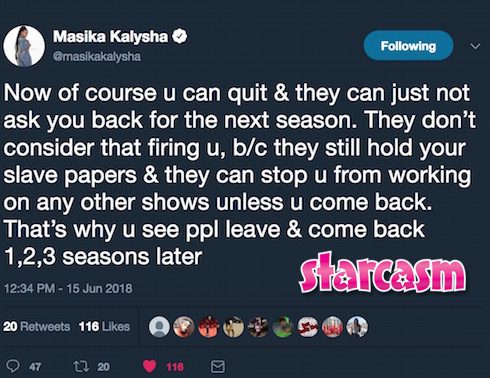 So, according to Masika’s logic, she wasn’t fired from LHHH, and it’s impossible to simply resign. And the cast members’ contracts are apparently quit-proof: they can refuse to show up to work, but the producers still own their reality TV rights and can exercise them at some future date.

That sounds like a pretty awful contract…maybe Masika resorted to blackmail to get out of hers.

Is Masika Kalysha still on LHHH? Or did she jump ship to Growing Up Hip Hop: Atlanta?

Even before that exchange, though, another of Masika’s social media posts turned some of her fans’ heads. On June 8th, she shared a trio of pics on Instagram alongside Datari Turner, a screen producer who’s made almost three dozen movies and whose best-known current project is the Growing Up Hip-Hop franchise, of which he’s the creator and executive producer. (Think of him as the Mona Scott-Young of WEtv.)

Datari and Masika were even toasting champagne in the pics: 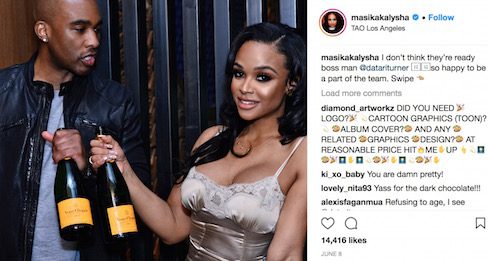 Growing Up Hip-Hop is currently airing its fourth season, so Masika couldn’t have joined that case. But GUHH’s Atlanta spinoff is currently filming its new season. And the possibility of Masika switching networks for a different hip-hop based reality franchise seems a bit more plausible in light of yesterday’s news that former LHHATL star Joseline Hernandez is getting her own WEtv-based show.

There’s also the fact that Masika appears to be in the middle of shooting a (presumably) new project of some kind: 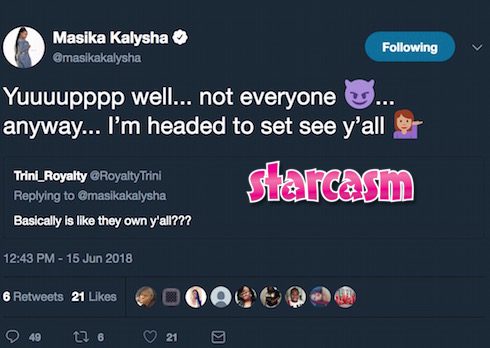 According to IMDB, she does have a role in the upcoming horror movie The Prey. But that movie is scheduled for release later in 2018, so it may have already finished filming.

And Masika has lately been lamenting the fact that she isn’t back home in LA (though she hasn’t revealed where she is in the meantime). The Prey is filming in Santa Clarita CA, about 35 miles north of LA, which is hardly a taxing commute. Based on her Instagram mentions & check-ins, she’s been spending a *lot* of time in Atlanta, further supporting the Growing Up Hip-Hop theory. 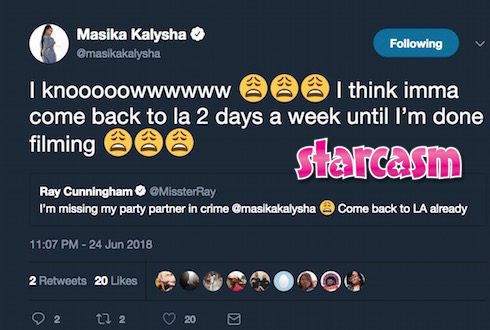 In the meantime, we can confirm that Masika’s name was not included among the returning cast members for Love & Hip Hop Hollywood Season 5. (Masika does still appear in the official cast list for LHHH, though VH1 is known for waiting to update the list until each new season of Love & Hip Hop begins airing.)

There’s also the aforementioned #WheresMasika hashtag, which Masika applies to damn near every tweet in her mentions asking whether she’ll be on the show this year. Check this small sample:

Finally, it’s probably worth remembering that Masika flipped out earlier this month when internet sleuths figured out that her new boyfriend is backup NFL quarterback Geno Smith. If Masika really wants to keep her “private life private,” as she claimed in the wake of that incident, getting off one of the biggest shows in reality TV would be a start.