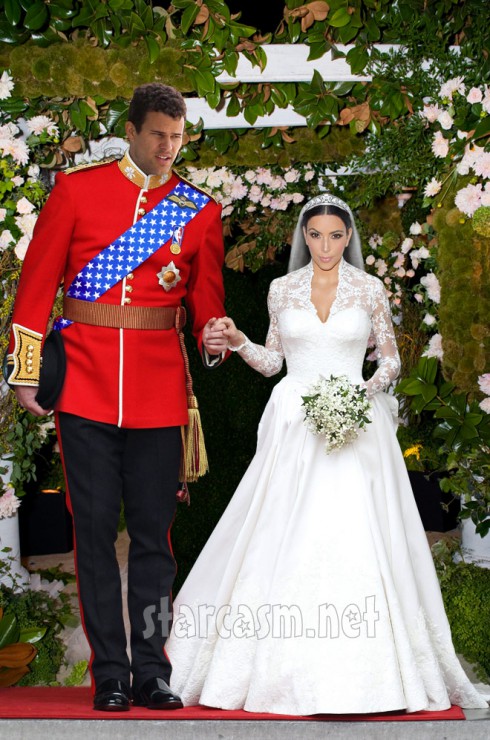 In not-so-surprising news, there now seems to be proof that some of the more dramatic scenes in the Kardashian series are fictionalized or recreated. According to recently released court documents, one such reshot scene was Kris Humphries’ proposal to Kim Kardashian.

The documents come from the deposition in the fraud case that Humprhies filed against Kardashian. In the court transcripts obtained by Life & Style, Russell Jay, executive producer of Keeping Up With the Kardashians, explained that Kardashian didn’t like her initial reaction to Humphries’ 2011 proposal. 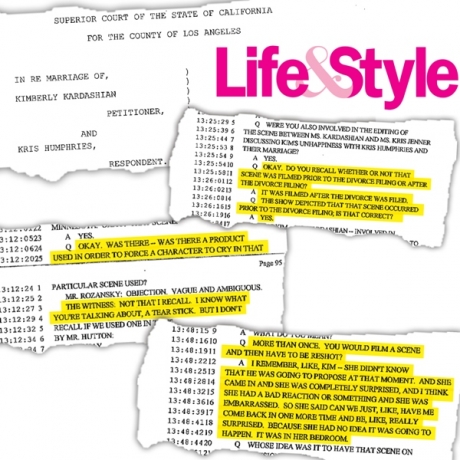 “I remember, like, Kim – she didn’t know he was going to propose at that moment,” Jay said. “And she came in and she was completely surprised, and I think she had a bad reaction or something and she was embarrassed.”

Jay also admitted that one emotional scene where Kardashian told her mother she was considering ending her marriage was actually filmed after Kardashian filed for divorce in October 2011. This revelation was pretty anticlimactic considering some incriminating photos were unveiled by Reality Tea more than a year ago. 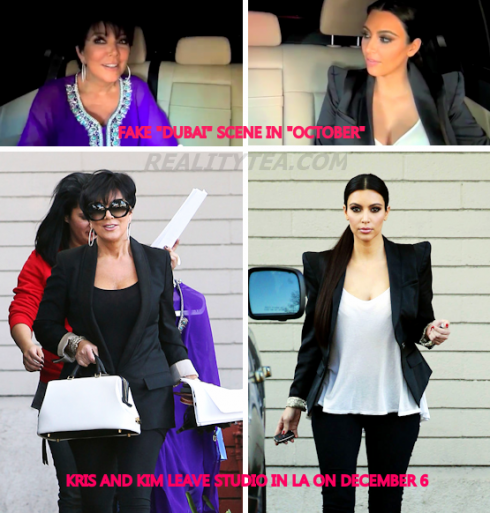 In the pictures, Kardashian is seen in the same outfit and with the same hairstyle. Kris Jenner is seen with the same earrings on and her assistant trails with the easily identifiable purple dress she was wearing in the scene. The photos were taken outside of a studio in December, even though the scene supposedly took place in Dubai two months earlier.

For Humphries, the purpose of the deposition was to prove that he was tricked into a marriage that Kardashian never intended to last.

“Kris feels vindicated,” a friend of Humphries told Life & Style. “It’s obvious they were trying to tarnish his reputation. This will prove how fake Kim and the show are.”

Although the testimony seems to favor Humphries, TMZ reported that it actually proves he was compliant in “Proposal, Take II.” Therefore, there wasn’t an elaborate plan to force him into marriage. That logic still seems to have some holes, because Humphries may be able to prove he was so blinded by love…

Looks like the only real thing we can take away from the case at this point is that Keeping Up With the Kardashians is about as close to reality as oil is to water.