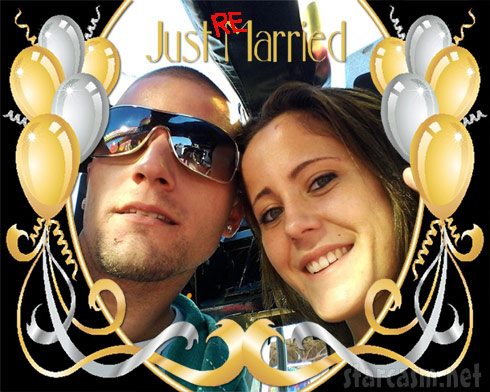 I’ve been writing about Teen Mom 2 star Jenelle Evans ever since I labeled her a “foul-mouthed firecracker” after seeing the 16 & Pregnant Season 2 trailer way back in February of 2010. You’d think after more than three years of keeping track of Jenelle’s overly drama-packed life that I’d have to be at a point where this now 21-year-old reality star could no longer surprise me.

I know Jenelle has a track record of taking her exes back, even after filing assault charges, alleged cheating, and vicious Twitter disputes resulting in name calling, drug use accusations, nude photos, and sooooooooooooooooooo many screen caps of text messages… but I really thought that given what has transpired between her and husband Courtland Rogers over the last couple months that the two were done. For good.

It appears that Mr. and Mrs. Rogers are back together again just days after Jenelle got out of her second rehab stint in less than a month on Saturday. She returned to Twitter with a series of negative tweets about her husband, but something must have happened between then and Tuesday because by then Jenelle was already talking sweet about Courtland, encouraging fans to follow his new Twitter account @Kourtkourt910 (His old one was suspended, but is now back — more on that in a second.) 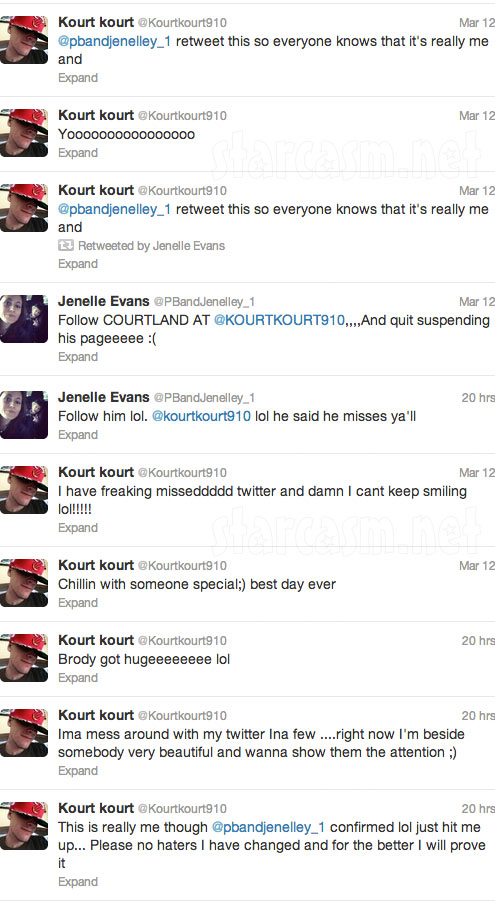 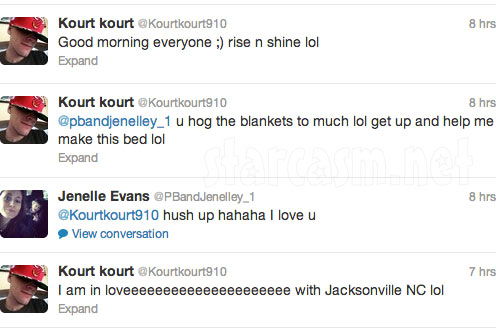 At this point it appears that Courtland got his old Twitter account (@CourtyB11) reinstated — just in time for some big time drama! No, he and Jenelle didn’t have another falling out (yet), it was the other ball this masterful relationship juggler had in the air — the mother of his daughter, Taylor Lewis, who seemed none too pleased that Courtland was bailing on her (and his daughter Jordan “Jaja”) to go back to Jenelle. Taylor began to unleash on Courtland, including stating that he is still using drugs and that she had to call the police on him after a recent altercation.

Courtland asks you to please pay no attention to the woman behind the green curtain of jealousy: 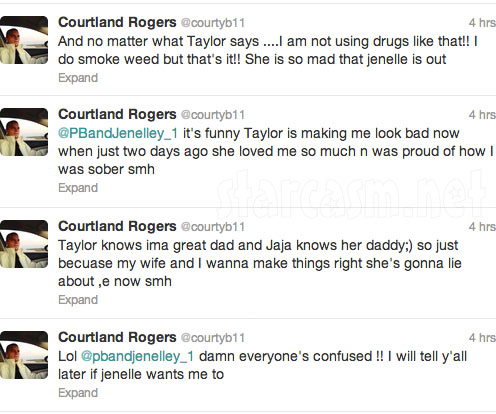 Obviously Jenelle has drug addiction issues, but she also has serious relationship addiction issues! It’s becoming apparent (actually, I suppose it did a long time ago) that she simply cannot exist for more than a day or two without having a boyfriend/husband. And perhaps what is more amazing than her willingness to get back with men she has been in mutually abusive relationships with is that she keeps on finding guys who are also willing to jump back in!

I guess it’s a good thing Jenelle wasn’t able to get that annulment she wanted because otherwise I’d have spent my day researching whether or not you can get an annulment annulled.

Jenelle attacks Kail over clickbait articles, including claims that David had a gun at Jace’s soccer practice