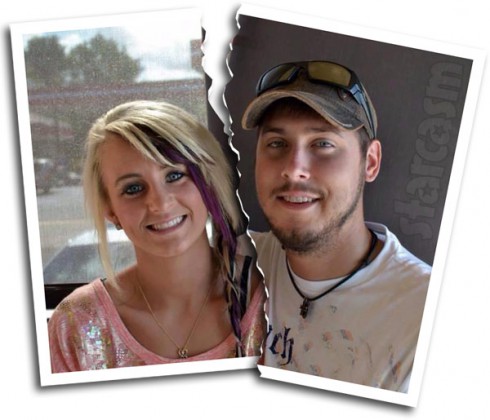 When we tried to independently verify, an official from Kanawha County said no paperwork has been filed there. Another official from Roane County said they are unable to disclose information about any divorces until final judgments are passed. However, when we checked with them a few weeks ago, they were able to confirm Jeremy hadn’t filed for divorce — so it’s suspicious that they’ve now clammed up. Either way, Jeremy seemed to say it all with his latest tweet…

Sources told InTouch Jeremy and Leah dealt with a number of issues throughout their 2-year marriage, many of which played out on Teen Mom 2 — but Leah’s supposed affair with ex-boyfriend Robbie Kidd was “the final straw.”

“Leah wronged Jeremy and now she’s begging for his forgiveness,” a source said of Leah, who’s publicly denied cheating on Jeremy. “But he’s totally done with her.”

Another friend said the situation has left Leah “a total mess.” That source added, “She always thought she’d be able to win him back… She’s hit rock bottom.”

Just last week, the mother-of-three revealed she will not return for a sixth season of Teen Mom 2. Sources said she didn’t want her second divorce to play out on national television. We wish all those involved the best as they move forward.