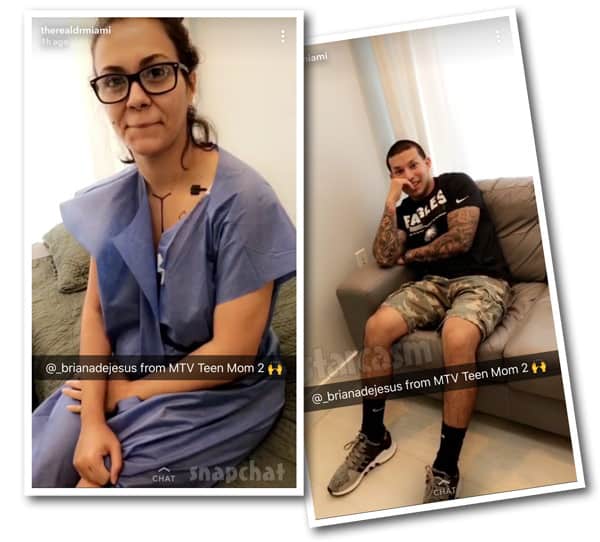 Teen Mom 2 star Briana DeJesus is currently in Miami recovering from her latest plastic surgery procedure with Dr. Miami. In addition to having a breast lift, an implant reduction, a tummy tuck, and a booty deflation, Briana apparently also had a boyfriend reattachment because Javi Marroquin is there with her!

Briana and Javi made their split official with mutually amicable announcements on January 16. (What’s funny is that Briana’s visit to Dr. Miami was reportedlyone of the main reasons for their break up.) However, things got a bit heated between the former #Javiana components when Javi appeared on Kailyn Lowery’s Coffee Convos podcast and the two of them said some not-so-flattering things about Briana. That inspired Briana to go on a marathon tweet ‘n’ delete tirade on January 26 calling out both Kail and Javi for all kinds of stuff, but mostly for talking about her.

I’m not sure what happened between Briana’s Twitter tirade and today, but Javi is currently in Miami with her. I guess it could just be that he had planned to be there since before they broke up and didn’t want to cancel his trip, but even if that were the case, it seems odd that Briana would want him to accompany her to a surgical procedure?!

Perhaps a #Javiana reconciliation is what Kail was hinting at in her recent tweets about withholding tea: 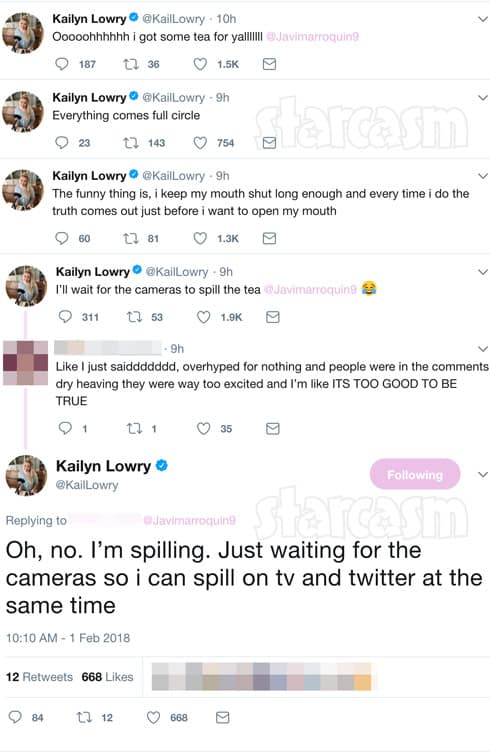 As he always does, Dr. Miami documented Briana’s procedure with a series of SnapChat videos that are beyond graphic. (I had somehow blocked from my brain just how graphic his videos are.) I’m guessing they will remain up for 24 hours, so if you want to see nude before and after photos of Briana as well as video clips of her nipples being sliced off and reattached etc., then check out @therealdrmiami on Snapchat.

Briana was there for a “mommy makeover,” which included a breast lift and tummy tuck. In addition, Briana wanted to pull back on some of her previous alterations performed by Dr. Miami by having her booty reduced and decreasing the size of her breast implants to a full C cup.

I’ve always thought of Briana as an attractive young woman, but I was dumb enough to scroll through all those videos and I don’t think I will ever be able to look at her the same. I know that her being willing to allow her procedure to be posted on Snapchat is part of why she gets it all done for free, but I just don’t know if that’s worth it. I’m not posting any screen caps from the procedure here because they are way too graphic for our advertisers, but you know those photos are going to plastered all over social media and follow Briana for the rest of her life. She seems to be OK with that, and perhaps that is because she is a more self confident and better person than I am. ?‍♀️

In addition to bringing Javi along, Briana also brought an MTV film crew — so we will all probably get to see an edited version of her procedure on MTV next season. Perhaps Javi was there to film some continuity scenes so that their relationship timeline matches up on screen?

Whatever — I can’t get the image of Briana’s nipple being sliced off out of my head. Thanks Dr. Miami!