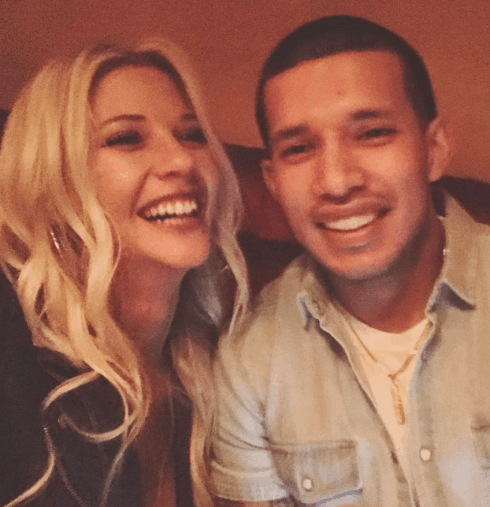 Welp, that was fast! On Monday, Teen Mom 2’s Javi Marroquin confirmed to Radar that his relationship with the Real World’s Madison Walls is over.

“We just decided being friends is better off,” Javi explained.

No other details were given relating to the break up, but The Ashley’s claims there’s more to the story.

According to sources, the breakup was not mutual and Javi is the one who initiated the split after he got bad vibes from Madison’s behavior. His biggest issue was her willingness to talk to the press so soon into their relationship. Javi was also turned off by Madison’s blatant social media PDA.

What sealed the deal for Javi, however, was finding out how many boyfriends Madison has brought into her daughter’s life.

Her ex, Tony Raines, confirmed that Javi is “the third guy that Madison has introduced to Harper within a year.” This was a major red flag for Javi who is taking things slow when it comes to bringing new women around his son, Lincoln.

Are you surprised their relationship ended as quickly as it began?

Did Teen Mom Kailyn Lowry and Jordan Wenner break up?