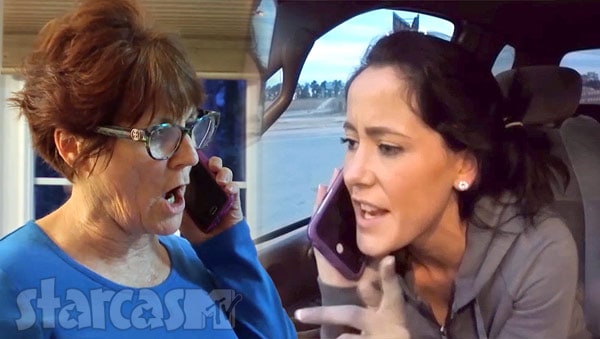 Next Monday is the Teen Mom 2 Season 7 finale, so we’re splitting up the preview videos this week. In the first sneak peek, we see Babs and Jenelle getting into another argument over the phone; Jenelle demands to know why she can’t have custody of Jace, and Babs holds nothing back in her response.

The clip starts off with Babs calling Jenelle and demanding that she bring Jace home. Jenelle responds by telling her mom that she can make the trip to Leland to pick him up.

“Last weekend I went all the way to your house to pick him up,” explains Babs — but Jenelle probably doesn’t hear that because she is talking at the same time.

“Every weekend I come to pick him up!” Babs says over top of Jenelle.

“Then give him back to me,” Jenelle replies. There’s some more loud talking at the same time before Jenelle asks, “I want to know: Why am I not allowed to have my son back? Why can I not have custody? Please tell me. I want to know a reason right now!” 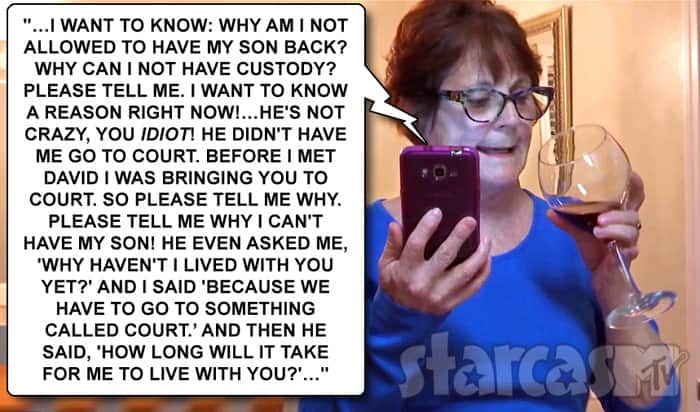 Something seems to snap with Babs and the gloves are off. “I’ll tell you one reason right now!” she yells. “This guy is controlling you, and he thinks that he’s gonna take control of Jace? Nuh uh! This is between me and you and Jace, not between David. Get rid of all the crazy boyfriends Jenelle!”

David, who is listening in on speakerphone, chimes in at this point. “He’s nothing but a chunk of change to her, is all he is,” says David. “And that’s f**ked up.” 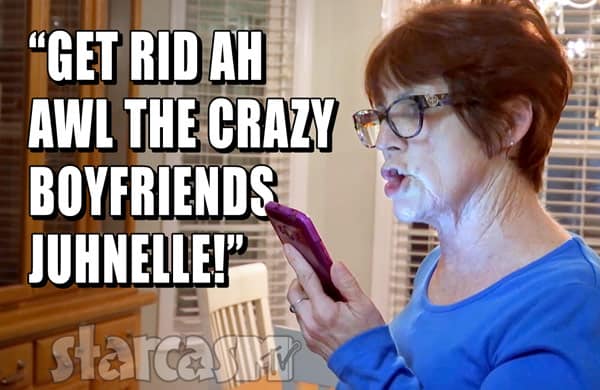 Back to Jenelle. “You [BLEEP] boyfriends — he’s not crazy, you idiot! He didn’t have me go to court. Before I met David I was bringing you to court. So please tell me why. Please tell me why I can’t have my son! He even asked me, ‘Why haven’t I lived with you yet?’ And I said ‘Because we have to go to something called court –”

“And then he said, ‘How long will it take for me to live with you?'”

Babs picks up a HUGE glass of wine and points out, “That’s what you guys are putting in his f**king brain.”

I’d like to take a moment here to highlight a little of The Babs Life. If you’ll notice in this screen cap, Babs prepared for her inevitably dramatic phone conversation with some pizza and wine: 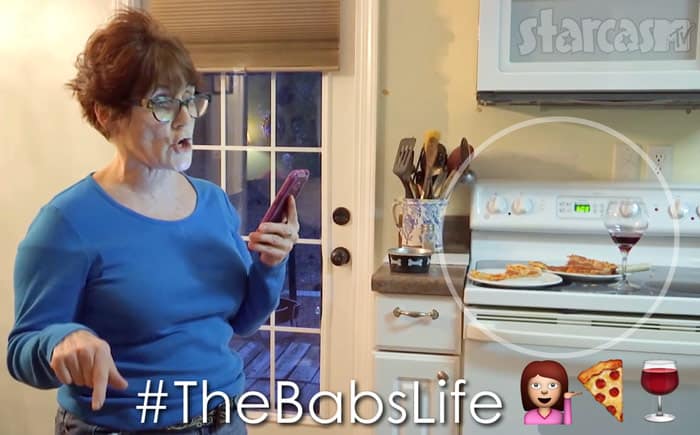 On a side note, things have not been going well for Jenelle at all this season, which clearly contradicts what she thought was in store when it began! Check out this tweet from February:

I’m sure all of you are going to be pretty proud of me this season. I can feel it. For sure the best season yet. #TeenMom2 ?? @MTV

On Tuesday, Jenelle responded to the surprisingly dark tone of her story line — especially in the last few episodes — on Twitter:

I’m pretty convinced @MTV constantly wants to make me look like most horrible mother ever. Doesn’t show a damn positive thing for my story and this season and this upcoming ones were suppose to be really nice and smooth towards the end but of course if @MTV hires a director that judges you, hates you, and wants to make you look out to be bad… They will do it. They hold all power in the edit room. @MTV You would think they would have shown by now how I’ve been trying to get Jace back for over a year, or how many great times we’ve had. I should start my own show where you guys see no negativity but just positive vibes. #NextProject #YouTubeSeries #GoPro ???

You can find out whether the season wraps up on a positive or negative note for Jenelle and the rest of the cast when the Teen Mom 2 Season 7 finale airs Monday at 10/9c on MTV! Click the names to see preview clips for Leah Messer, Kail Lowry and Chelsea Houska!