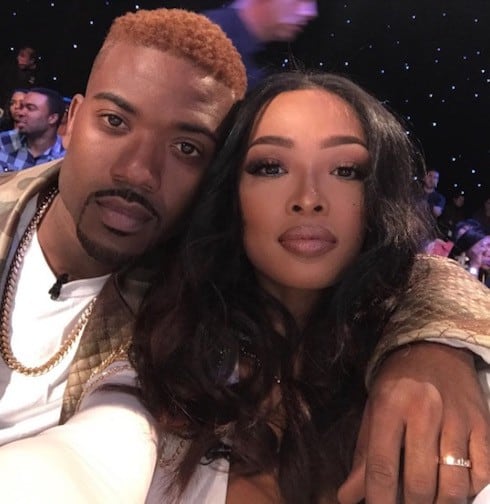 Love & Hip Hop Hollywood has been all about the wedding drama this season, and Princess Love and Ray J are the churning maelstrom at the center of it. The question isn’t will they or won’t they, however; it’s whether or not Princess managed to get Ray J to sign her long-desired prenup–something that Ray’s own mother told Princess she should have for her own protection. Of course, all that pre-wedding tension has to come out somehow, which is why Ray decided to blow off he and Princess’ joint bachelor-bachelorette party in favor of a strip club.

Indeed, reports that Princess and Ray did sign a prenup have been circulating for months, ever since their grand August wedding. (Click here for our Ray J and Princess Love wedding photo gallery.) But the road to the altar hasn’t exactly been smooth. And Ray’s mother Sonja Norwood laid down a couple of potholes when she told Princess to be aggressive in her pursuit of a prenup–advice that Princess took to heart. But getting Ray’s signature has become a whole separate pursuit, one a lot less fun than your basic dating and courtship rituals. The drama comes to a head at Ray and Princess’ joint night-before-the-wedding party–already a dicey proposition–when Ray decides he simply doesn’t need this headache:

Hey–at least it’s a better problem than Ray allegedly texting Malia Obama on the DL just before his wedding.

Love & Hip Hop Hollywood‘s Season 3 wedding-tastic finale airs Monday, October 31st, and will be followed by a two-part reunion special on November 7 and 14.

LHHH Ray J swears he was not texting Malia Obama in secret: “Why the hell would I be doin’ something like that?”

Details on Drew Barrymore’s wedding to Will Kopelman