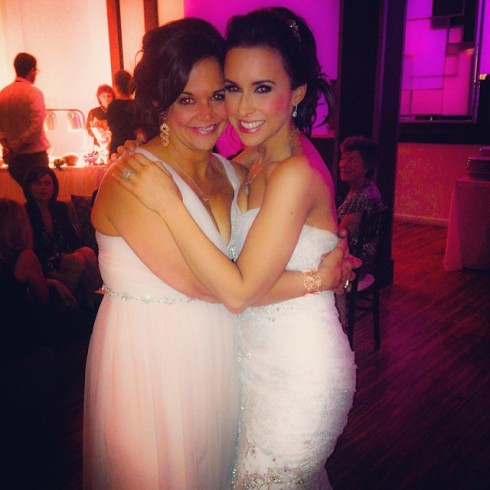 From a Mean Girl to blushing bride! Actress Lacey Chabert announced today that she’s a new wife — despite never even letting on that she was even dating someone special!

I'm starting off 2014 as a Mrs! Over the holidays, my best friend & love of my life…we became husband & wife! #soblessed #love

Lacey followed up with a sweet snap of her and sister Chrissy Chabert-Taylor (shown above). She later commented on Twitter that she will share a photo of her “actual ceremony dress,” so it seems that sleek little number she’s wearing in the top picture was for the reception.

The celebration was likely bittersweet for the Chabert family, which mourned the passing of Lacey’s “PaPaw” in late December. 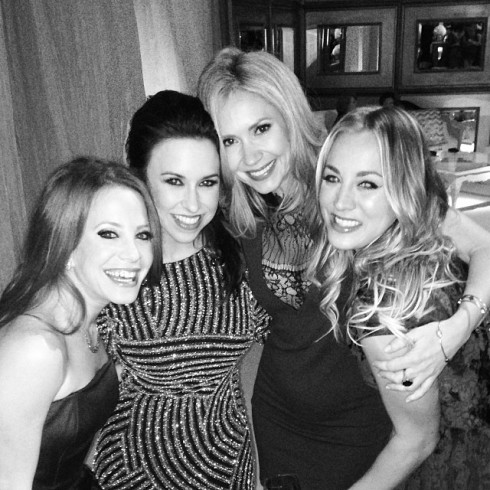 Beyond that, few details are clear about the wedding — including the ever important fact about the groom’s identity! So far, the only whisperings are about a guy named Dave Nehdar.