The internet has become enraptured today with the backside of a brunette from New York. Jen Selter’s fanny packs a punch and her rear-view images shared via Instagram have her with over a million followers via that social networking site because – booty and internet of course.

After graduating high school, Jen took some cosmetology courses, worked at a plastic surgeon’s office and at a gym at a local mall. When she started to work out regularly, she says she began noticing her ballooning buttocks. Emboldened with this knowledge, she started taking belfies (butt selfies) and posting them online. The rest is just another version of the American dream y’all.

A recent feature via the New York Post has focused even more attention on the hyper-active hiney as 20-year-old Selter chatted up her new world fame.

Jen on not wanting to be ogled at:

“I’m recognized wherever I am. I don’t really go to public gyms anymore just because it is a whole big scene when I’m there. I don’t like being watched.”

On why most of her photo shares are of her backside:

“I don’t really post a lot of face pictures. I mainly do body selfies. Not that I care what people think, but they don’t care. They don’t want to see my face.”

Her mom on how proud she is of Jen’s success:

“I’m very proud of her because this is a girl who didn’t want to go to college, and she was able to build up this social media in such a way that she has become famous and she is an inspiration and motivation for so many people. We can’t even get down the street without people stopping us and saying, ‘Oh my God, is that Jen Selter? Can we take a picture?’”

On accusations that she’s had some alterations to the rear real estate:

“I’ve seen fake butts, and they’re very nice. They look nothing like mine. I see it as a compliment. My body’s all real . . . from bewbs down.[She did acknowledge a nose job] I grew up in Long Island. I’m Jewish. Jewish girls have big noses. Probably 1 out of 3 girls I know [has] a nose job.” 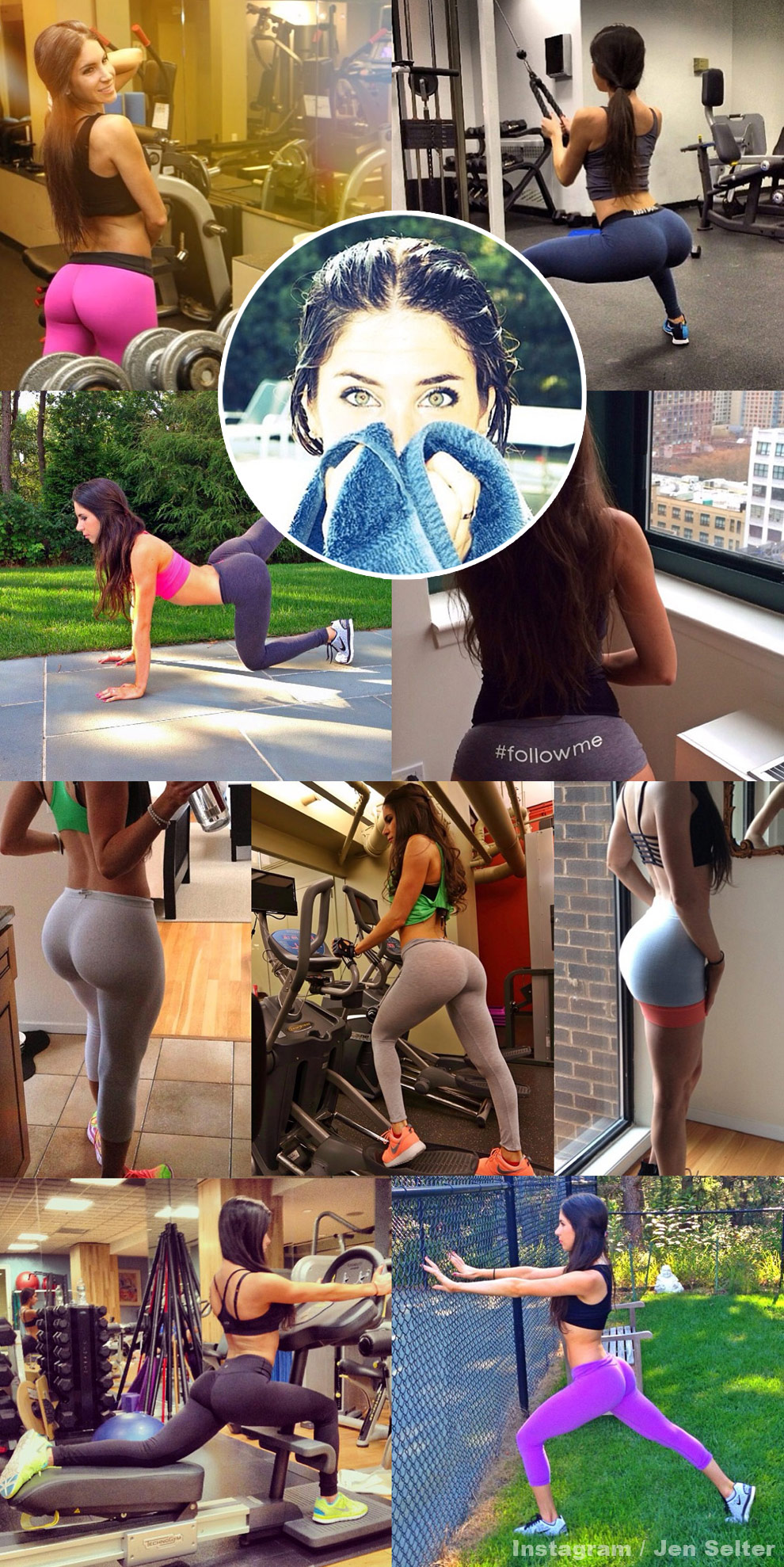 Jen started making good money endorsing products, so she skipped college to focus on banking in on her most marketable asset. She said she rakes in “a lot more money than a graduate would be making.” She added, “I didn’t sign up to be a model or some Instagram person who everyone is judging and looking at. With hard work and dedication, anyone can get to where I am.”