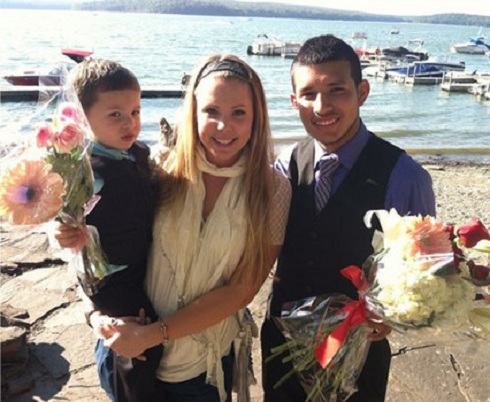 Kailyn Lowry and Javi Marroquin legally got married last September in a courthouse ceremony. Obviously, it wasn’t a huge bash, and most of her friends and family members were not in attendance, which is why the the couple had been planning a second ceremony. The upcoming celebration was set to take place on September 21, 2013, but unfortunately Kail and Javi are having to postpone their plans.

“Looks like we’ll be pushing the wedding back an entire year. 🙁 Just not in our budget this year like we planned,” Kailyn tweeted yesterday along with the hash tag “Taxes.” Later, she told a fan, “I OWE thousands.” 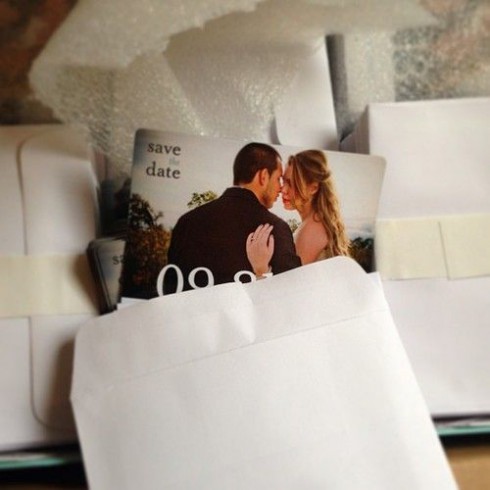 ^ Kailyn posted the photo above on Instagram a couple of weeks ago, accidentally leaking the date of her wedding (09-21). The photo has since been removed.

On March 5, Kailyn told fans, “March 5th marks Javi & I being married for 6 months! & the day I’m going to Kleinfeld’s to try on wedding dresses for our big wedding!” Kleinfeld’s is where the TLC show Say Yes To The Dress is filmed so fans immediately started to wonder is she was going to be doing a guest spot, but she later set the record straight saying, “Not going on #SYTTD! It was just for fun!”

Kailyn and Javi dated for a year before tying the knot in September, shortly after becoming engaged. On September 1, Javi sent Kail on a scavenger hunt which led her to Lake Wallenpaupack, Kail’s favorite spot. Upon arrival, Kail found her son Isaac holding a bouquet of flowers and Javi on one knee.

“You just know when it’s right,” Kailyn told In Touch about finding her soul mate. “He gave up his youth to be with someone who has a kid. That means a lot.”

To see more of Kailyn and Javi, tune in to Teen Mom 2 every Monday night at 10/9c.