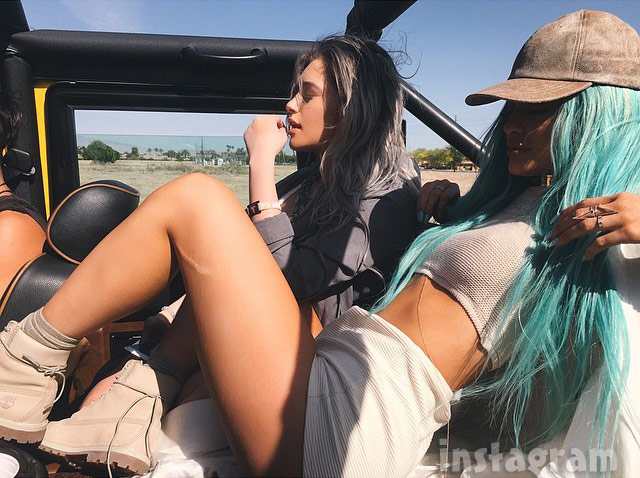 Kylie Jenner recently shared a photo of herself riding to Coachella with some friends in which you can clearly see a very large scare on the side of her left leg just above the knee. “Shoutout to my scar,” she wrote in the caption.

I write about the Kardashians and Jenners a LOT, and I’ve seen a ton of photos of Kylie Jenner, but I have to confess I don’t ever remember seeing that scar on her leg before. I looked through hundreds of sets of photos of Kylie, and it seems that she has a history of creatively making sure that part of her leg is covered. There are a few exceptions, however. After all, The Kardashian and Jenner gals LOVE wearing next to nothing, and you simply CANNOT hide a leg scar while wearing a bikini!

Here’s Kylie sporting a two-piece swimsuit in Greece in 2013 in which you can clearly see the scar: 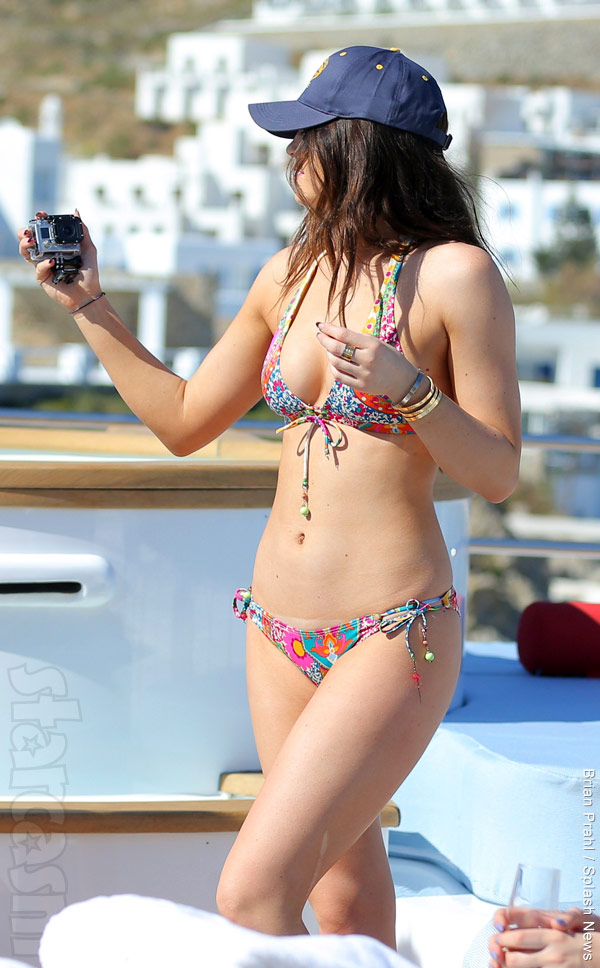 So what’s the story? Did Kylie have knee surgery? No, it’s much more harrowing than that!

Kylie was asked about the scar in an interview way back in 2011 and she reveals that it is the result of a rather gruesome childhood accident. “When I was about 5 my sister and I were playing hide and seek and I hid inside this really tall-enclosed gate,” Kylie said. “After a while, when my sister didn’t find me, I had to climb up on this sharp pole sticking out from the gate. I slipped and the pole went into my leg. I tried pulling away to get the pole out but it just tore through my whole leg.” Kylie then points out that the scar used to appear even worse than it does today. “It’s smaller now though because I grew!”

That just sounds horrible. I can’t believe this incident hasn’t come up repeatedly on the show — especially if Kendall was there and saw it!

Meanwhile, Kylie continues to perfect the art of wearing next to nothing while still hiding the scar. Here are a few recent Instagram photos of her to show you what I mean:

UPDATE – Kylie once again highlighted her leg scar on Instagram:

I love my scar

You can see more of Kylie Jenner on new episodes of Keeping Up With the Kardashians on Sunday nights at 9/8c on E!

Critics slam Time for naming Kylie Jenner one of its ’30 Most Influential Teens’: Good idea, or too much?

TMI! Bruce and Kris Jenner’s sex tape is topic of discussion on Keeping Up With the Kardashians