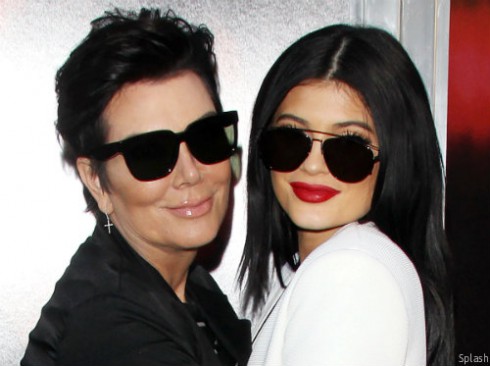 Kris Jenner should have a serious talk with the person who did Kylie Jenner’s lip injections: When asked about her then-17-year-old daughter undergoing the procedure, Kris revealed she never gave it her OK.

“I got really upset, and then it was done, and I had to let it go,” Kris told Access Hollywood, explaining she gets “a little crazy” when it comes to her kids. “Once that was done, it’s just my kid, I love my kid. We make mistakes.”

After denying she had any work done to her face, Kylie finally admitted in May that she got “temporary lip fillers.” At the time, older sister Khloe said she didn’t think “there’s anything wrong with” Kylie’s plumped pout — but Kris apparently doesn’t feel the same way.

“I do have definite thoughts and ideas or [ideas on] what she should do, you know, at a really young age,” Kris said this week. “I am from the generation that in my day, I mean, some of this stuff did not exist for sure,” she added. “I don’t think I did one thing physically to myself until I was in my 50s. So I am thinking, ‘why, why? Why do you need to do that?”

Now the question is, how did Kylie find a doctor who was willing to do her lips when she was just $eventeen? Or was Caitlyn Jenner the one who allowed it?