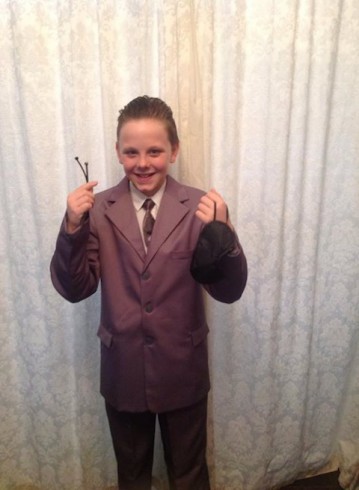 An eleven-year-old boy has been sent off by his school for coming dressed as Christian Grey, the S&M-obsessed titular billionaire from the Fifty Shades of Grey books. Tiny, cute-as-a-button Liam Scholes went dressed as Grey for World Book Day, an annual event during which already-adorable children go to school dressed as characters from their favorite books. In the words of the school, Liam’s costume–which came complete with cable ties and an eye mask–was unacceptable.

However, little Liam was allowed to return to the festivities once he’d gone home and changed. 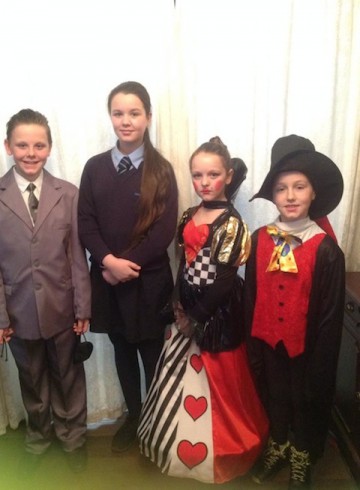 Liam’s mother, Nicola, is a primary school teacher herself, and she didn’t see anything wrong with her son’s costume. In an interview with the Manchester Evening News, she defended the decision, one she was fully aware of:

We thought it was funny. We were walking home from school and he had the idea of going as Christian Grey. At first we laughed it off but the we discussed it with a few friends and saw the funny side and decided it was quite a good costume idea….He went in a suit and shoes and with an eye mask and cable ties. The cable ties were tiny and not enough to do anything with them. We didn’t think there would be a problem….Me and the teacher agreed to disagree and it’s not being taken any further but I was disappointed for Liam that he’d been stopped from taking part and that he’s had a dressing down. One of the teachers went dressed as Dexter and I don’t see why sex is seen as more offensive than murder.

Nicola added that Liam knew of the Christian Grey character from media coverage surrounding the book and recent movie, not because he had read or seen the story himself.

What do you, the viewers at home, think? Is sex worse than murder? Is this all just much ado about nothing? Is Liam’s sister’s Queen of Hearts costume one of the cutest things you’ve seen this week?