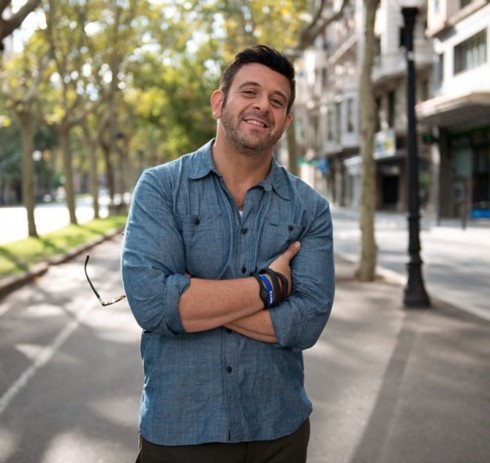 Earlier this month, we were applauding Man v. Food‘s Adam Richman for taking control of his health and working with charities. Now? I don’t even know what to say about his Instagram outburst…

The drama began when Adam shared an innocuous picture with his pre-70 lb. weight loss “fat pants.” He wrote, “Had ordered this suit from a Saville Row tailor over a year ago. Think I’m gonna need to take it in a little…. #Victory #EyesOnThePrize #AnythingIsPossible #fitness #transformation #thinspiration” (The post has since been deleted, but was screen captured by Adipose Activist.)

Some followers took issue with the final tag, #Thinspiration. Online, various #thinspiration posts lead to pro-anorexia or bulimia content. Such red flags have been raised that Instagram now issues warnings to anyone who clicks on the hashtag: “These images may contain graphic content. For information and support with eating disorders please tap on learn more…”

Although none of the original commenters’ messages were screen captured, Adipose Activist‘s Amber said they just attempts to politely explain the negative connotations of #thinspiration to Adam so that he would be aware. Instead of being receptive, Adam told one person “DILLIGAF,” which stands for “do I look like I give a f**k?”

Amber said she then posted on her own account and asked her followers to let Adam know that eating disorders are nothing to take lightly. That’s when things got nasty… 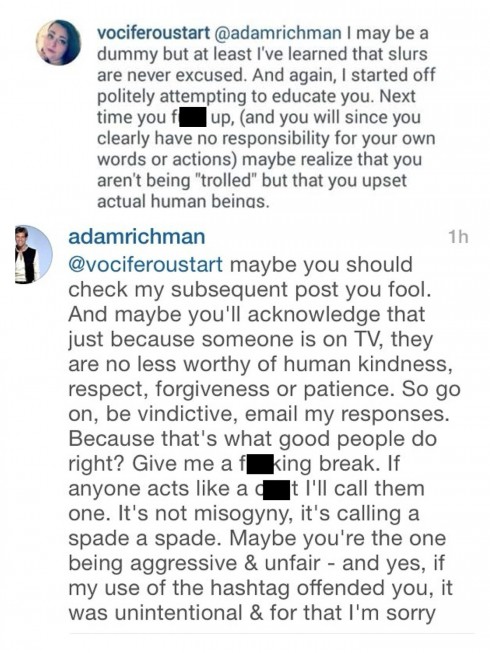 He continued the attack on at least two others who raised concerns with the hashtag: He told one to “grab a razor blade and draw a bath” and another that her dad f**ked up when he went without a condom. 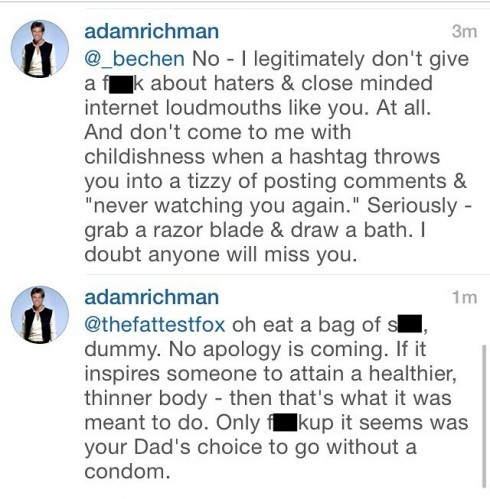 After the digital warfare, Adam deleted the original picture. In its place, he posted an apology video.

“So I’ve recently been made aware that a hashtag I used in a previous post, thinspiration, actually has extreme negative connotations for those with eating disorders,” he said. “Had I known that in advance, I never would have used it. And I apologize to anyone I may have offended.”

However, in the comment section of that video, he clarified that the apology only applied to those offended by the tag — not those he directly insulted. The Fishwrapper caught wind of the controversy and called Adam’s apology out as insincere, prompting him to delete the video. (It’s still available on their website.)

On one hand, Adam seemed to offer fair warning in his Instagram profile, which says “I take no crap.” On the other hand, it’s never, ever appropriate to tell a person to kill herself.

PHOTOS My 600 Lb Life Coliesa update: Near death in ICU, flatlined once after surgery complications (Exclusive)