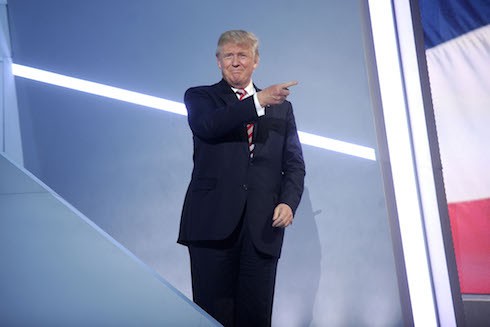 Did Donald Trump quit? And what would happen if he did? The number of people asking those questions has spiked in recent weeks, thanks to a hyper-extended string of unforced errors on the GOP front-runner’s part. Trump’s comments about “Second-Amendment people” coming together against Hillary Clinton–widely perceived to be an endorsement of violence, if not assassination–are only the latest of Trump’s comments to provoke outrage. Last week, Trump’s ongoing attack of Gold Star parents Khizr and Ghazala Khan intensified suggestions that he drop out of the race.

And a string of newspaper articles and prominent opinion pieces on the topic has political insiders considering what would have been, before the 2016 presidential campaign, completely unthinkable. In recent weeks, USA Today, CNBC, Politico, the New York Times, Washington Post, Chicago Tribune, and Los Angeles Times are among the many prominent outlets to run articles either asking Trump to quit or exploring what might happen to the Republican ticket should he do so.

In fact, the New York Daily News went so far as to put their call for Trump’s ouster on the front page of their August 10th edition:

But what would happen next if Donald Trump were to suddenly drop out of the race, for whatever reason? The process, according to a recent explanation in the Wall Street Journal, is surprisingly simple. (Though it’s worth adding the words “in theory” to the end of that sentence; since no major party candidate has ever dropped out before the election in the history of the United States, it’s fair to say that the process would also be somewhat controversial.) The Republican National Committee’s rules spell out exactly what will happen in the event of a vacancy at the top of the ticket.

Here is Rule Number 9 in full:

(You can read the RNC’s entire bylaws here.)

Basically, since “reconven[ing] the national convention” would be expensive, tedious, and all-but-impossible to do on short notice, it’s likely that the party would instead gather its full, 168-member Republican National Committee–the body that actually makes the rules that govern the Republican Party as a whole. Per the WSJ, that body would be “composed of a state party chairman, a national committeeman and a national committeewoman from each U.S. state and territory.”

Each member would not have an equal vote, however. The strength of each vote is a function of the number of delegates to the national convention that that state had. California, for example, sent 172 delegates to the convention; if it sent three representatives to an RNC meeting (the California state party chairman, national committeeman, and national committeewoman, as outlined above), each Californian’s vote would be worth the equivalent of 57.3 delegates. And, just as with the convention, a candidate would still need to receive a majority of votes–converted back into delegates–in order to receive the new nomination. 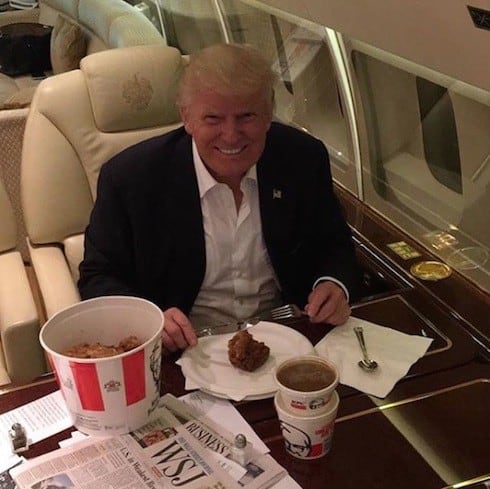 So, yes, it is technically possible for the Republican Party to replace Trump, should he drop out or be forced out. The other major headache for the party, though, would be meeting each state’s individual filing deadline in order to actually get a party’s name and chosen candidate onto the ballot in each state. Those deadlines vary from state to state, and many of them either already passed or fall during September. Ballotpedia has a comprehensive list of those deadlines, along with a helpful caveat: Richard Winger, an expert on election and ballot access law, points out that “even when major parties have missed deadlines for certifying presidential and vice-presidential nominees, or presidential elector candidates, election officials have always set the deadline aside.”

And a recent Politico article supports Winter’s hypothesis: “Courts have tended to discard ballot deadlines,” they wrote, “in favor of having two parties represented on the ballot.”

It therefore seems possible, if not likely, that RNC officials tasked with finding a new presidential nominee would merely have to please a volatile, distrustful base, and not have to maneuver dozens of individual legal battles for ballot access at the same time.

RELATED ARTICLE: Do the presidential debates usually conflict with the NFL? The debate scheduling controversy, explained

VIDEO Are Chet Hanks and Akbar V from LHHATL dating?