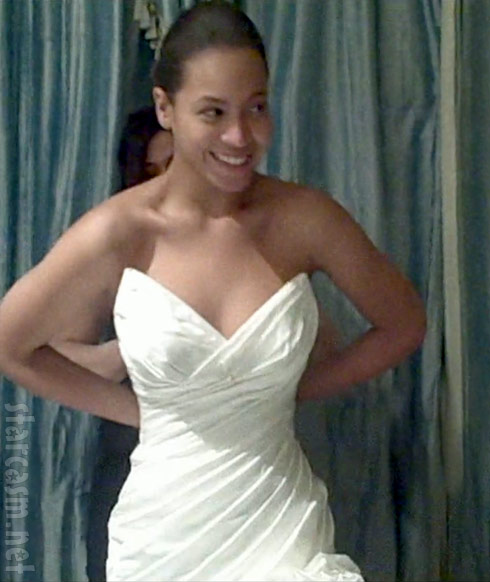 Beyonce’s 2008 wedding to Jay-Z was on a media lockdown so tight that not one image has surfaced of Beyonce in her wedding dress… until now!

The singer shared a brief, two-second clip of herself in the dress in her new music video for the single “I Was Here (Live at Roseland).” There are front and back views of the elaborate wedding gown that was fitted and strapless on top with an elaborate flowing train at the bottom. 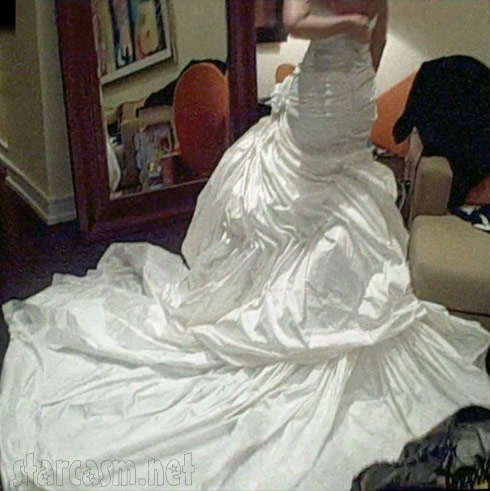 You can catch a glimpse of Bey-Bey in white at the 3:35 mark. (But don’t rush right to it! Check out the entire clip which features Beyonce belting out gloriously with clips of some of the greatest moments of her life, including meeting such luminaries as Nelson Mandela, Barbra Streisand, Barack Obama, Michael Jackson and Oprah Winfrey!)

Did Blake Lively and Ryan Reynolds get married in Charleston, S.C. this weekend?