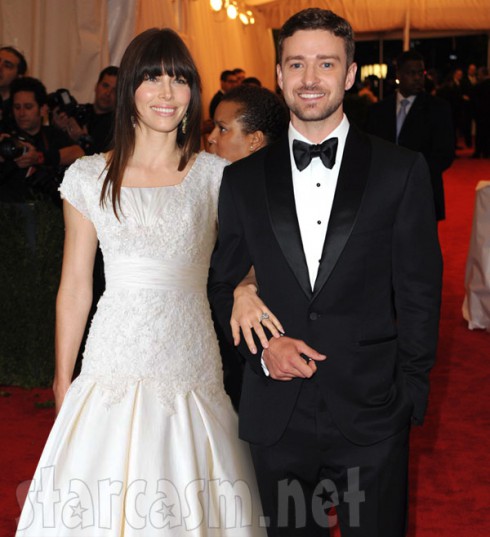 The former ‘N SYNC crooner wed actress Jessica Biel earlier today in Italy. The two began dating in 2007 following Justin’s break-up with Cameron Diaz. After four years together, Jesstin (Bielberlake?) announced their split in March 2011. But the two lovebirds were back together by fall, and by winter, they were engaged. Now, less than one year later, the couple have tied the knot. These two are living a romantic comedy!

“It’s great to be married, the ceremony was beautiful and it was so special to be surrounded by our family and friends,” the couple told PEOPLE in an exclusive statement Friday. Justin and Jessica had been super secretive about their big day, and even the guests were kept out of the loop until the last minute.

Last night, the couple hosted a joint celebration for themselves and their guests in South Italy which included locally inspired foods such as fresh-made cheese, olives and wine. Prior to that, the guests celebrated the couple’s upcoming union on the beach with live music and fireworks.

Justin proposed to Jessica with a custom-designed engagement ring in the mountains of Montana where the couple regularly vacationed but Jessica kept her ring under wraps until March of this year — nearly four months after the engagement.