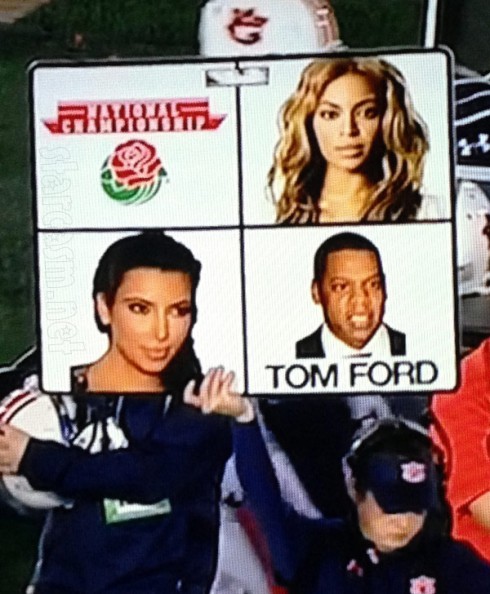 There are a lot of famous people I might have expected to see on the Auburn sideline during the BCS National Championship game against Florida State (such as AU alumni Charles Barkley, Jimmy Buffett, Octavia Spencer, and Lionel Richie), but certainly Ron Burgundy wasn’t one of them! (His last name lends itself more to being on the FSU sideline.) In addition to Ron Burgundy, also seen on the Auburn sideline was Kim Kardashian, Jay-Z, Beyonce and… where’s Waldo!?! 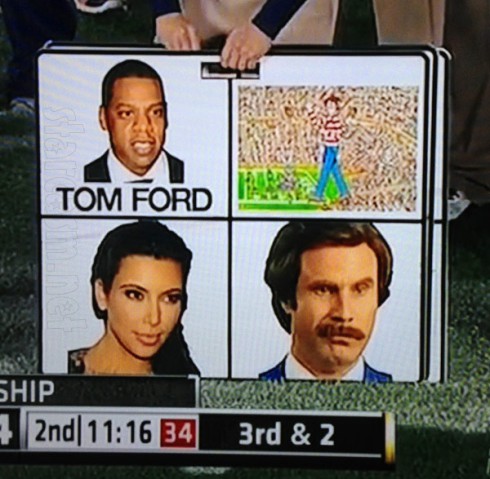 No, these A-list celebs weren’t actually not he sidelines, the Auburn University coaching star was using their photos to send in plays, a practice they’ve been using all season with such prior featured icons as Rick Ross, The Incredible Hulk and Kenny Powers from Eastbound & Down. 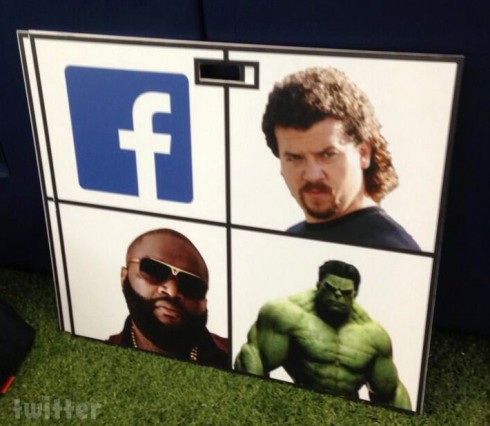 I’m not sure what the different faces signify as far as defense, but I do know what they will be putting on the offensive… Kanye West! you know he’s gonna lose his s**t when he sees Jay-Z (labeled Tom Ford for some reason) and Beyonce as well as his own wife Kim Kardashian and not himself.

The Yeezus tour merchandise is unexpected