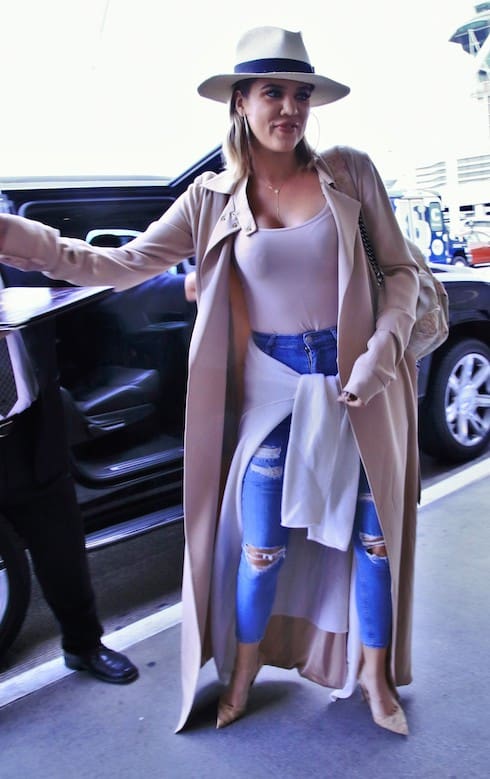 The Khloe and Lamar divorce details are in, and, save one disturbing possible rumor, they’re surprisingly civil for a couple who’ve been as on-again and off-again as this particular pair. Though they originally filed for divorce three years ago, Lamar’s drug overdose and seizure at Nevada’s Bunny Ranch brothel last October left Khloe responsible for all medical decisions related to Lamar and led her to put the filing on hold. Now that Lamar’s physical recovery continues and has him back in a healthy place–his personal trainer recently shared a video in which a calm, upbeat Lamar proclaimed “F*ck the haters”–Lamar is said to take it personally every time Khloe’s new boyfriend comes from the NBA’s ranks. (Khloe’s current flame, Tristan Thompson of the Cleveland Cavaliers, has apparently possibly gotten her pregnant, maybe.)

TMZ reported this morning that Khloe and Lamar’s divorce paperwork has gone through the legal system and is awaiting a judge’s signature. The pair won’t be totally, legally divorced until sometime in December, though, since California state law requires a six-month waiting period after the divorce paperwork is initially filed before a judge can make it official. (One minor detail: some outlets–Us Magazine among them–are reporting that Khloe actually re-filed the paperwork in late May, which would appear to mean that she and Lamar will be divorced in November.)

“They’re relieved it’s over,” Us’ insider said, “and ready to move on with their lives.” 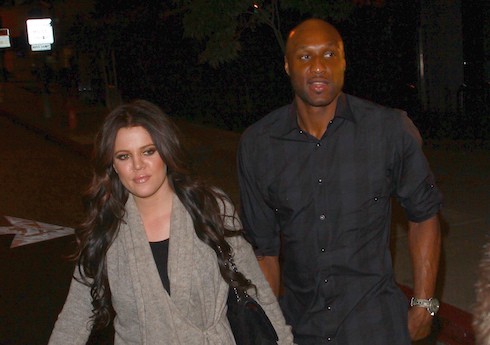 And, though the above photograph of Khloe and Lamar was taken this past Friday, as the two exited a Los Angeles steakhouse following what appeared to be an amicable dinner togerher, a new report from Inquisitr alleges that things might not be as smooth as they appear. According to their people, Khloe might still want a restraining order, as she’s had it with Lamar’s endless attempts at contacting her. Khloe is said to be “torn between feeling betrayed and angry [and] incredibly guilty and worried” about her estranged husband, thanks in part to the emotional turmoil his near-death and recovery have put her through.

“Khloe can easily get into a tailspin about Lamar,” said Inquisitr’s source, “so she is really practicing trying not to get overly emotional right now.”