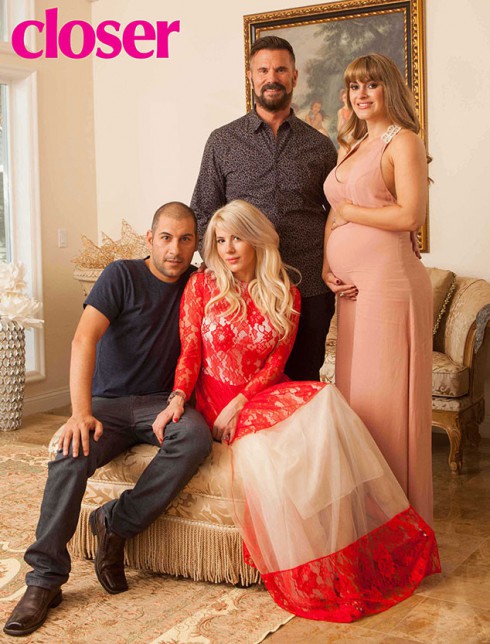 Last February, Shayne Lamas was rushed to the hospital after collapsing at her home from complications of pregnancy. There, husband Nik Richie had to make the devastating, life-saving decision to have doctors perform an emergency hysterectomy — which caused Shanye to lose her baby and her ability to carry future children on her own.

Now, one year later, Shayne and Nik have a reason to be joyful again: Her stepmom is serving as surrogate for their baby boy, who is due on July 10.

“Shawna’s not just my stepmother. She’s like a soul sister,” Shayne told Closer Weekly of dad Lorenzo Lamas’ fifth wife, Shawna Craig. “She’s an angel that blessed my whole family, including my father.”

For Shawna, it was an opportunity to help her stepdaughter and experience pregnancy for the first time.

“I’m ecstatic to be pregnant,” she said. She explained she never wanted her own children, but was sympathetic to the struggles of other women because of her work at a fertility agency. She added of expecting for Shayne and Nik, “It’s the best thing in the world.”

Although Shayne admitted the situation is slightly unusual, she’s very thankful for the chance to give her 3-year-old daughter a sibling.

“Somebody else carrying your baby is weird. But I lost my son, and now Shawna is carrying my son,” Shayne said. “I have just been given the biggest blessing in the whole world and I will always be grateful.”