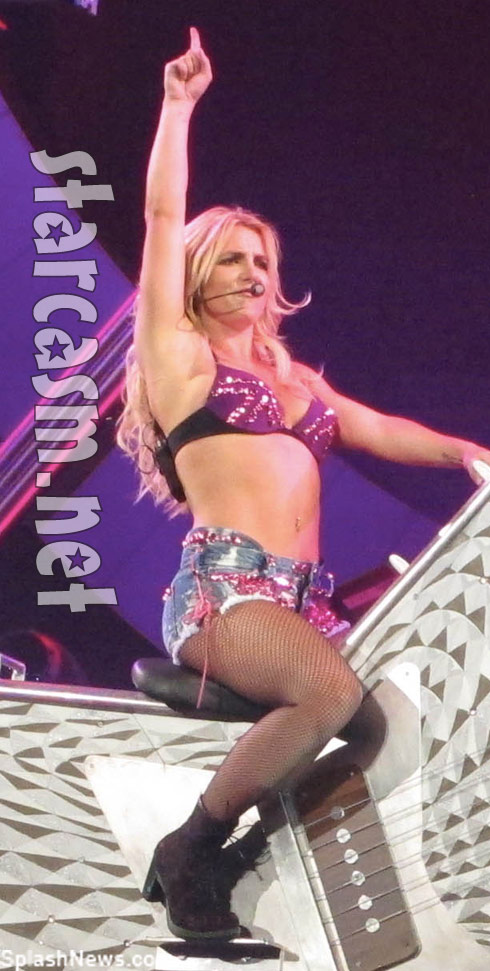 The highly anticipated Femme Fatale Tour opened last night in Sacramento, California. The show is already garnering rave reviews and without question it’s Britney Spears’ flashiest tour yet and the above huge mountable guitar stage prop was no exception!

Rolling Stone said of the show that featured a number of stage and wardrobe changes:

“The night belonged to Britney: She managed to prove that she’s still progressing as a showgirl. Not only that, she’s doing it better than even die-hard defenders would’ve predicted.”

Even eccentric show opener Nicki Minaj probably steered clear of that mega-mountable axe that Britney was riding. Spears was stoked after the show as she tweeted the following:

“Can’t sleep. WAY too much Adrenaline right now. Sacramento was on fire tonight. You ready San Jose? Cause I am!!!!”

I’m not going to be at the San Jose show but I am going to be imagining myself as a giant 6-string tonight. I think Britney may be back! One more parting shot from Spears’ triumphant return: 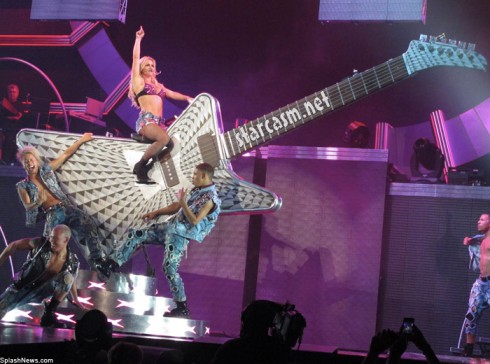