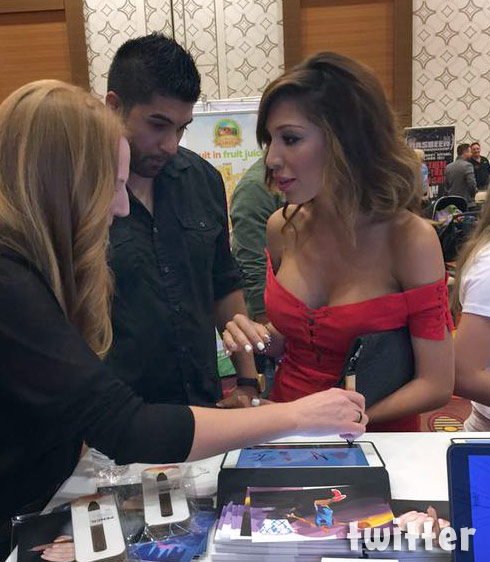 It’s been just over one month since Teen Mom OG star Farrah Abraham announced that she and her seemingly serious boyfriend Simon Saran had called it quits. Now, though, rumors are swirling that the two might be back together, after Farrah was photographed with someone who looks remarkably like Simon at a pre-ESPYS event on Tuesday.

The photo was shared on Twitter by FiftyThree, who had a booth to promote their PAPER app and PENCIL stylus. Apparently Farrah (and Simon?) stopped by to check out PAPER and do a little heart doodling. (Hmmm…heart doodling?) “Thank you for joining us at our booth,” FiftyThree tweeted along with the photo. “We loved your heart sketches and hope you and Sophia enjoy Paper.”

Unlike most all of Farrah’s previous relationships, her split with Simon’s seemed to be amicable, for the most part. So it’s possible that the pair are still close enough to attend events together as just friends. And of course there’s the possibility that it isn’t even Simon in the photo.

But Simon wasn’t the only eye candy Farrah was photographed with at the event! She also took time to take a couple of photos with the equally famous Jiff the Pomeranian! 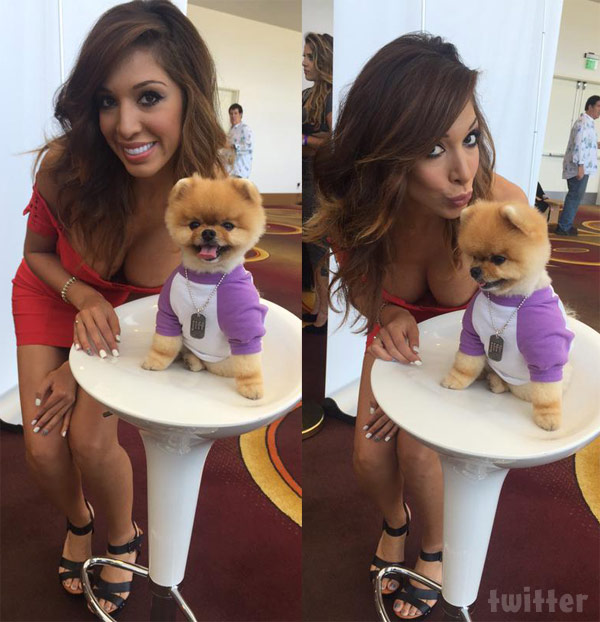 And she showed off her famous figure in her tight little red dress while posing with some sort of Bane-like dude: 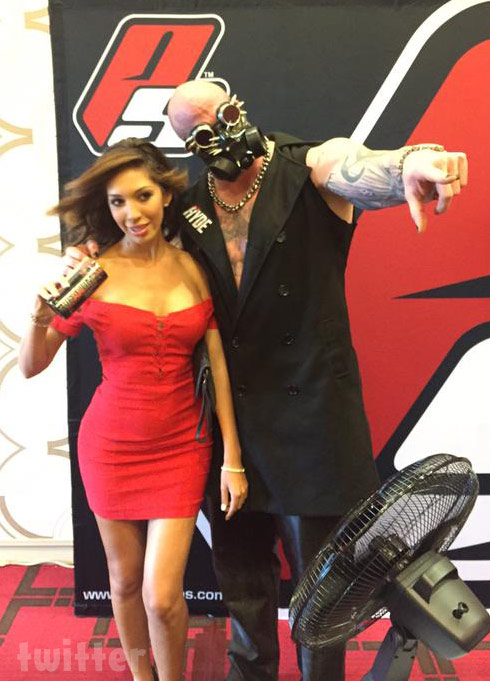 UPDATE – It has since been revealed that the “Bane-like dude” in the photo is Mr. Hyde from ProSupps.

Plus, she showed off the new necklace containing her own DNA — which you too can own! 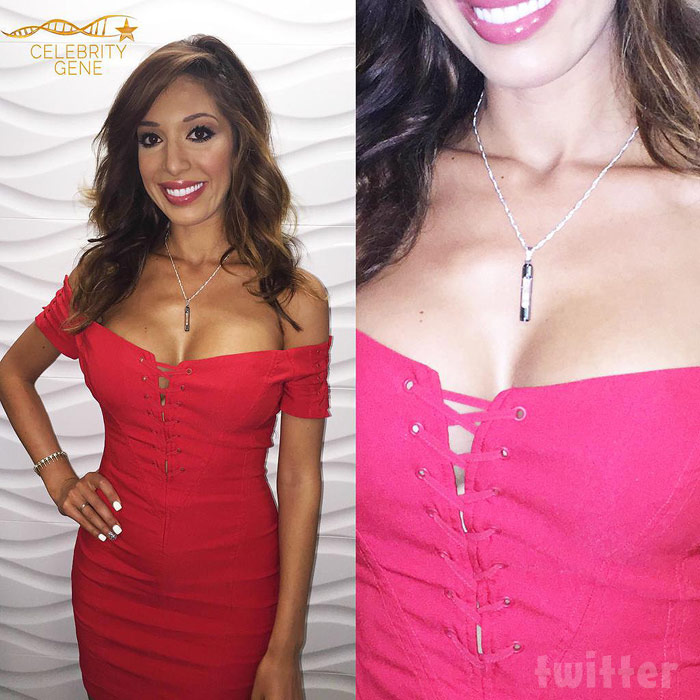 It’s still unclear if Farrah was able to find a date to the actual ESPY Awards tomorrow night. In case you missed it, she was openly soliciting fans to find her a single athlete that would take her. I assume our efforts to hook her up with Olympic swimmer and reality star Ryan Lochte failed. Of course, that could have been a false hope–who knows if Ryan could even score a ticket.

We’ll keep an eye on the Farrah and Simon situation and let you know if there is any more info about a possible reconciliation.