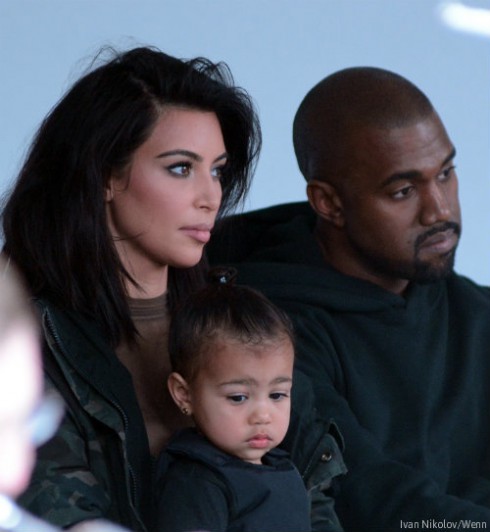 As much as Kim Kardashian and Kanye West would like to have us think otherwise, 19-month-old North West is a generally typical toddler who throws inevitable tantrums — even in the midst of daddy’s New York Fashion Week show.

Based on pictures and accounts from Kanye’s Adidas show yesterday, his daughter disrupted some in the crowd before the show began by getting a bit fussy. New York Daily News reports Elle Magazine‘s Anne Slowey was so tiffed she could be heard complaining.

The situation didn’t get much better when the show started. According to TMZ, North went “full-on Chernobyl” — to the apparent annoyance of Beyonce and Vogue‘s Anna Wintour. Kim eventually had to leave the front row to help North calm down backstage for a while. I guess if there ever was a time for North to melt down at a fashion show, her own dad’s is a good pick!

Although it really is no one’s fault that the little girl was throwing a fit, grandma Kris Jenner seemed to feel the need to apologize to Anna and Beyonce. (She also tried to make it sound like the only meltdown was before the show, even though pictures prove that wasn’t the case.)

“Best pic AHAHAHAH North got a little fussy waiting for Daddy’s Show to start,” Kris said on Instagram. “We took her backstage for a snack right after this but just had to share…love the patience of @beyonce #AnnaWintour @kimkardashian #NYFW #YeezySeason #mommymoment”

Corey Gamble and Kris Jenner are through unless she ponies up more money, new reports allege