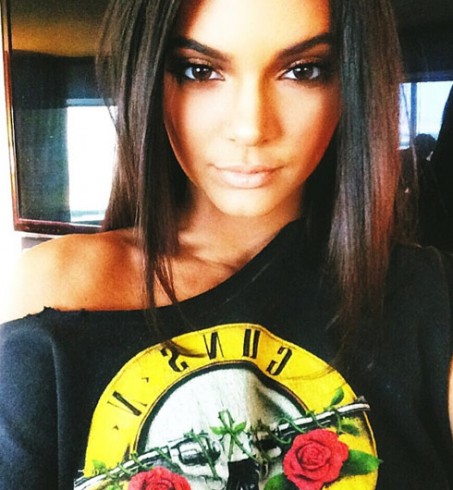 Kendall Jenner is now the proud owner of the world record for Most Liked Instagram Photograph of all time. It’s not the photo above, though. It’s this one, from just a few weeks ago:

That’s right–the above image, of Kendall in a bridal-style white dress, with her hair curled into hearts on the floor, has over 3.3 million (3,300,000) likes. That’s half-a-million likes a week every week for the past five. Not too shabby, even considering that Kendall has 29.6 million (29,600,000) total followers.

What’s Kendall’s second-most-liked photo of the past five weeks? It’s this one, involving a sleek, stylish red dress, and it’s got 1.9 million likes. Evidently, Kendall’s most ardent followers are all fans of classy dresses:

Okay–but who was the former record-holder? Who used to have the record for Most Likes on an Instagram photo? Surely it wasn’t another of those Jenner-Kardashian ladies, right? Wrong. Sorry, but the former record holder was Mrs. Kim Kardashian, with this snapshot from her wedding day:

Kim can still take solace, though. She’s got the most followers on Instagram–her 37.4 million dwarf Kendall, Kylie, Kanye, or any other K-named person on the whole internet (along with the whole rest of the internet).