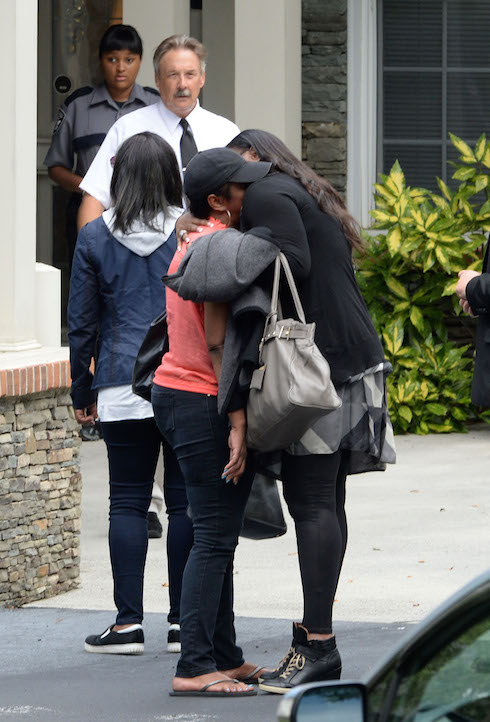 Bobbi Kristina’s family members–some of whom have long-standing grudges with each other–have come together to be with Bobbi Kristina in her final days. On Wednesday, Bobbi Kristina was moved to Peachtree Christian Hospice in Duluth GA, following her four-month stay in Atlanta-area medical facilities. “Her condition has continued to deteriorate,” said aunt Pat Brown, in a terse statement. It was the first official acknowledgement of Bobbi Kristina’s condition since she was moved to a rehabilitation center in March.

Now, her family is racing to be by her bedside in Bobbi Kristina’s final days, and putting aside old feuds in order to do so. Pat Houston and Tina Brown, who have not been seen together since Bobbi Kristina lost consciousness on January 31st, shared a tearful embrace outside the hospice center before going inside together. 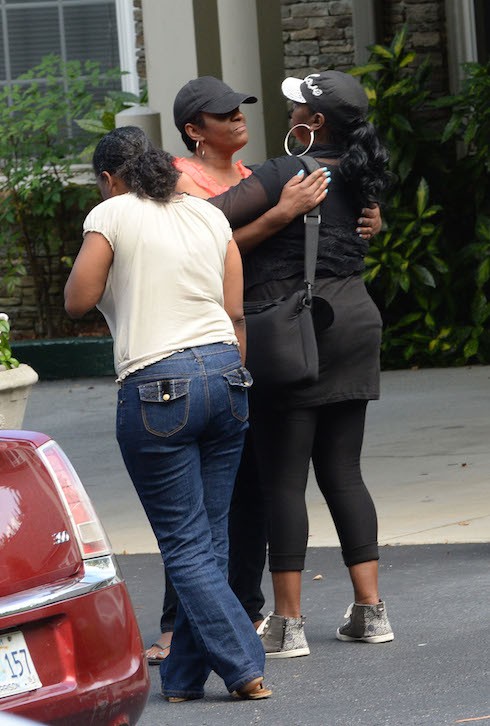 Indeed, the Brown-Houston family split that widened over the past few months seemed to close this week. Bobbi Kristina’s aunt Leolah Brown, who recently accused Pat Houston of “want[ing] Bobbi Kristina to die” in a long-winded Facebook post, was seen wiping away tears before joining the rest of the Browns and Houstons at Bobbi Kristina’s side.

Additionally, 11 Alive news in Atlanta reported that Bobbi Kristina’s father, Bobby Brown, has not been seen at the facility since Thursday. It’s not known whether he left on that day, or whether he’s still with his daughter.