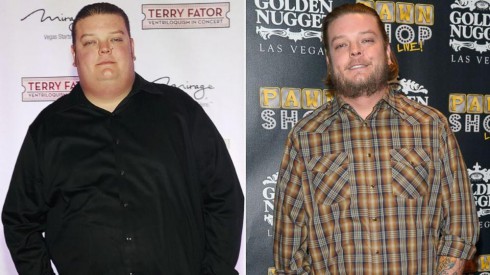 Four years ago the now 31-year-old Corey Harrison got some bad news from his doctor. Topping the scales at 400 pounds, he was put on preventative diabetes medicine by his physician, and that scared him enough to get lap band surgery immediately.

He couldn’t afford the costly procedure at the time, so it paid for it by splitting the amount on four credit cards. At the time, not getting diabetes was more important to him than the cost.

In the first six weeks after surgery Corey, who is known as “Big Hoss” on the show, dropped 50 pounds, and by the end of the first year had shed a total of 100. Four years later his total weight loss is an impressive 192 lbs. “I could never go back to weighing as much as I did,” he told People magazine. “It made me realize what I ate, how I ate and what I did to myself. It was a WOW moment.”