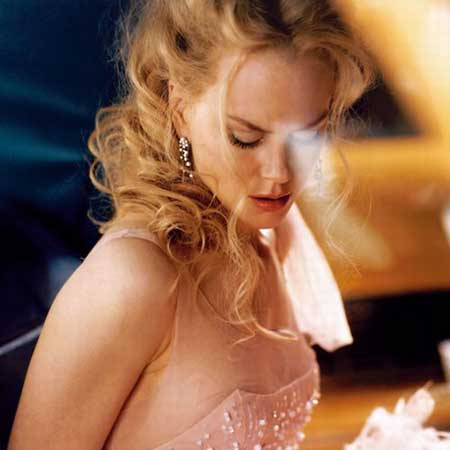 Nicole Kidman spoke candidly to Australia’s Who magazine about some of her most personal issues: her marriage to Tom Cruise, depression after it was over, and her fertility struggles.

Nicole married Tom Cruise in 1990 after they met on the set of Days of Thunder. 28-year-old Tom was just leaving his marriage to Mimi Rogers. Nicole was 23, and now she feels she was too young to get married.

“I got married really fast and really young. But I don’t regret that because it got me Bella (19) and Connor (17) and I did have a fantastic marriage for a long period.”

The couple divorced 11 years later after they made another movie together, Stanley Kubrick’s Eyes Wide Shut. Nicole says she faced a period of depression when her marriage to Cruise fell apart.

“Then when it didn’t work out I had to really dig deep and find my way through depression. I have no regrets about all of it. It was all part of growing up.”

Throughout her marriage to Tom, Nicole also suffered with infertility issues. She tried fertility treatments, and suffered through multiple miscarriages and an ectopic pregnancy. These struggles led Nicole and Tom to adopt Bella in 1992 and Conor in 1995.

Every woman who has been through all those ups and downs knows the depression that comes with it. So the way it just happened with Sunday was like, “What?” The percentages were so low. It is the miracle in my life.”

Nicole gave birth Sunday Rose, her first daughter with husband Keith Urban in 2008, and had a second daughter, Faith, delivered via a surrogate in 2011.

Interesting that she didn’t breathe a word about Scientology! She did, however, deny reports that she spoke to Katie Holmes during Katie’s divorce from Tom this year.

PHOTO How is Angela Gutierrez from My 600 Lb Life now?

Will Kristofer Saly of the KriStef Brothers return to America’s Got Talent after his serious neck injury?

Why Cindy Crawford pulled her kids out of school