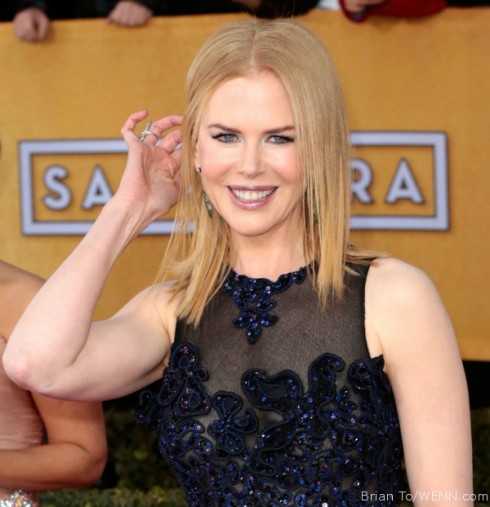 Even though she once said, “‘I am completely natural. I have nothing in my face or anything,” Nicole Kidman finally admitted to using Botox.

“I did try Botox, unfortunately,” Kidman recently said. “But I got out of it and now I can finally move my face again.”

This isn’t exactly the shock of the century, considering the 45-year-old actress’ face is line-free. Still, it’s refreshing to hear a celebrity own up to some doctor-assisted enhancements. She now joins the relatively short list of stars who’ve publicly discussed Botox use.

Many, many more stars continue to be speculated about. Although the word “Botox” is just about as common as “celebrity” in gossip magazines, what are some actual signs of use? Immediately after an injection, discerning eyes may be able to notice small bruises or red marks around the treated areas. However, the most cautious celebs can side-step this by wearing big glasses, which covers up the commonly treated injection site near the eyes.

Still, there isn’t a fool-proof way to explain the disappearance of lines and wrinkles that appear around the eyes and forehead with age. If the lines were there one day, gone the next, then it is pretty safe to say that person got a Botox treatment.