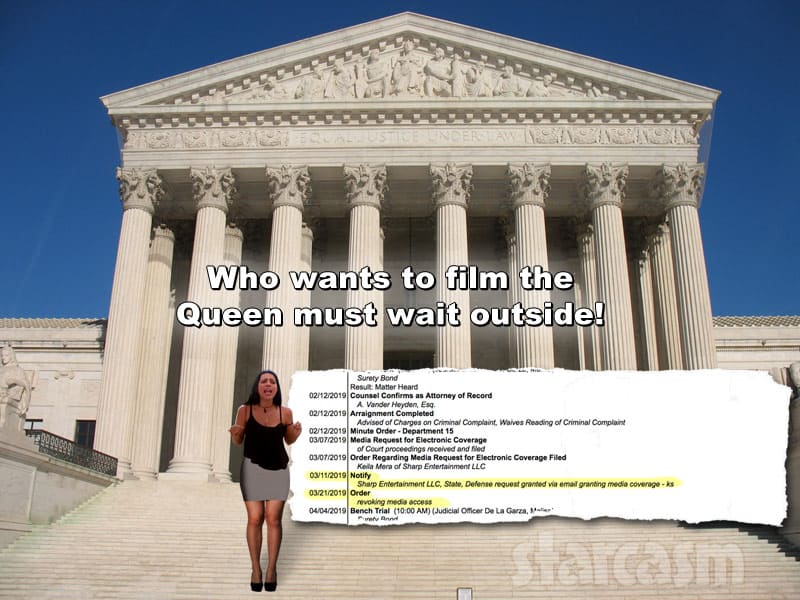 Despite their pending divorce, 90 Day Fiance couple Colt Johnson and Larissa Dos Santos Lima will be returning for the new season of Happily Ever After in late April. As featured in the extended preview trailer for the new season, viewers will get to see firsthand the acrimonious split between Colt and Larissa, with the final straw being their physical altercation in January that resulted in Larissa’s third domestic battery arrest in less than a year.

Due in part to Colt deciding not to press charges, the charges from Larissa’s prior arrests in June and November were eventually dropped. That is not the case this time around as Colt is reportedly pressing charges, with Larissa’s trial scheduled for April 4.

Sharp Entertainment, who produces 90 Day Fiance and Happily Ever After, received approval from the court for “electronic media coverage” of the trial earlier this month, and it is assumed that they planned to feature footage on the upcoming season of Happily Ever After.

However, the judge has since waffled on the decision. On March 21, the judge revoked all media access to the trial. The Blast obtained the court order, but says that there was no reason listed for the change of heart.

In addition to Sharp being denied coverage, there were also other media outlets who had received permission to record the proceedings who will now be barred — including Las Vegas TV station KSNV.

Happily Ever After fans need not be completely heartbroken over missing the Trial of the Year, however. They will most certainly recall that producers were also not allowed inside the courthouse when Danielle Jbali and Mohamed Jbali had their court date. The scenes outside the courthouse were some of the most memorable (and meme-orable) in the show’s history!

Unfortunately, I couldn’t track down the scenes just before court, but here is the aftermath featuring Danielle and Beth:

Just replace Danielle with Colt, and Beth with Colt’s mom Debbie, and you basically have a Happily Ever After Season 4 preview clip! 😉