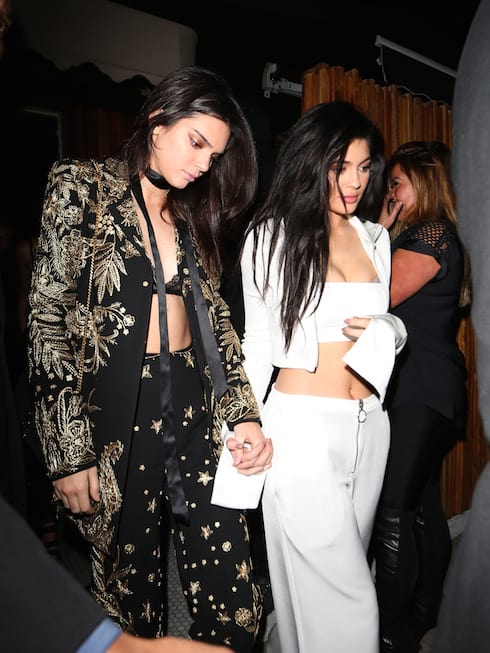 Kendall and Kylie Jenner’s net worth has never in their lifetimes been low, but a business deal and forthcoming aggressive expansion mean the youngest members of the Kardashian media empire might soon become the wealthiest. According to a new business report, Kendall and Kylie’s newest fashion line could make nine-figure fortunes for them both–meaning, if things pan out, 20-year-old Kendall and 18-year-old Kylie could each be wealthier than mother Kris Jenner before either one hits 30.

The report, which comes from Business Insider, points out that the Jenner sisters are launching their new swimwear line at the exact moment that a huge vacuum is about to open up in that particular market. Victoria’s Secret recently announced its intention to stop producing swimwear altogether, citing declining revenue as the chief reason. However, Victoria’s Secret has been pulling in around $500 million per year from swimwear; thus, BI contends, Kendall and Kylie Jenner can expect to snag a significant percentage of that figure–particularly if their popularity expands the market.

Indeed, Kendall and Kylie have been dutiful PacSun sales reps for years–

–and Kylie’s frequent modeling of she and her sister’s forthcoming swimwear, made by Topshop, has already generated big buzz:

Because of that, both Kendall and Kylie command six-figure fees for plugging products on their social media accounts. And Kendall’s following, which dwarfs that of almost every other model, has been instrumental in her rapid rise through the ranks of high fashion.

What is Kendall Jenner’s net worth? Model’s value skyrockets thanks to social media popularity