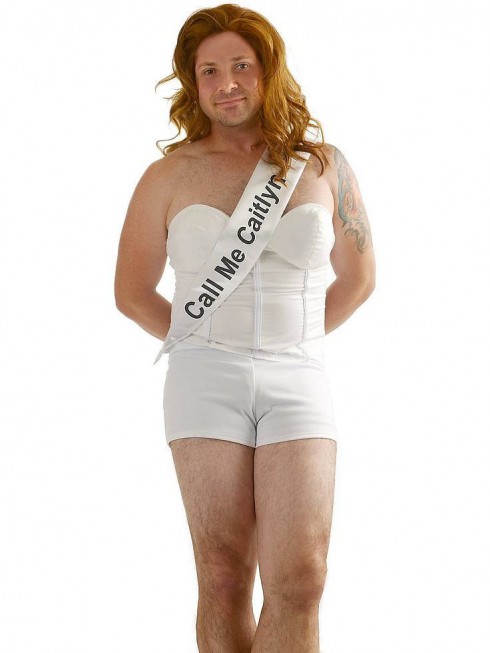 Halloween will be here before you know it, and costume companies’ 2015 designs include a Caitlyn Jenner outfit, as well a Cecil the Lion dentist killer costume.

The official Caitlyn Jenner costume is stirring up quite a bit of controversy. Here’s its full description, provided by AnytimeCostumes.com:

Everyone has seen Vanity Fair’s popular July cover, so you’ll be easily recognized this Halloween when you dress up in the Call Me Caitlyn Unisex Adult Costume. With the items in the set, you’ll be able to emulate her picture perfect look for the upcoming party this year. Included are a white padded top and matching shorts as well as a brunette wig so that you can dress as the softer side of the popular Olympian. A sash that says “call me Caitlyn” also comes with the set so that there will be no mistaking who you are dressed as this Halloween. You probably won’t break any Twitter records when you wear this outfit like Caitlyn did when she first made her account, but you’ll be sure to get a few laughs out of your friends and the other guests at the get together.

Many are calling the costume disrespectful and in bad taste. Some are even vowing to boycott Spirit Halloween, the retail outlet that intends to sell the costume.

Despite the strong pushback, Spirit Halloween is standing by its product. “Caitlyn Jenner has proven to be the most important real-life superhero of the year,” Trisha Lombardo, Spirit’s head of marketing and PR, told the New York Daily News, “and Spirit Halloween is proud to carry the costume that celebrates her.”

Another controversial costume comes in the form of Dr. Walter Palmer, the Minnesota dentist who killed Cecil the African lion. 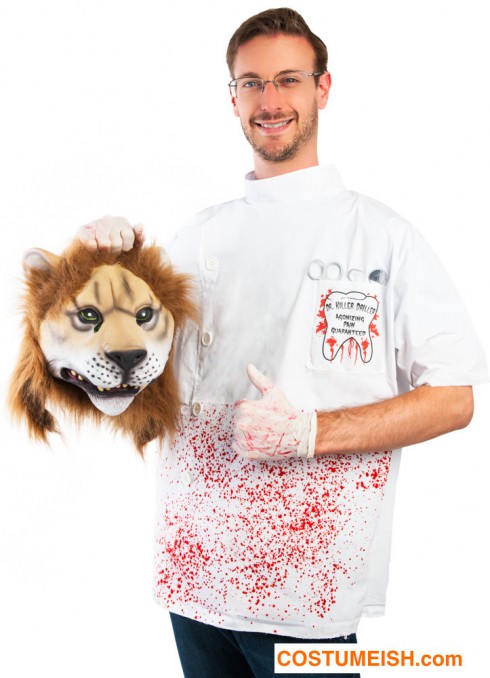 All Doctor Palmer wanted was to hang dead animals in his house, but what started as an obscure (if legally-dubious) hunting trip has since erupted into a brouhaha of trans-Atlantic proportions.

2015’s most controversial killing has laid bare the rift in American and Zimbabwean attitudes toward exotic game hunting and animal conservation pitting an outraged mob against a Minnesotan dentist in a scandal sure to be remembered for a generation.

In an attempt at heading off criticism, Costumeish claims “15% of all proceeds will go to a Wildlife Foundation.”

Weeks then revealed other costume options his company is considering for 2015: “a Jared costume that comes with a Subway sandwich, Donald Trump, Bill Cosby, Ashley Madison, [and Josh] Duggar.”

When asked where he draws the line, Johnathon said “I won’t make a toddler ISIS costume.”

Of course, this isn’t the first time Halloween costumes have proven to be highly controversial. Back in 2013, our post highlighting some of the most distasteful costumes of the year included Julianne Hough dressed in blackface, as well as a Trayvon Martin costume, and a bloodied crew costume from Asiana Airlines Flight 214.