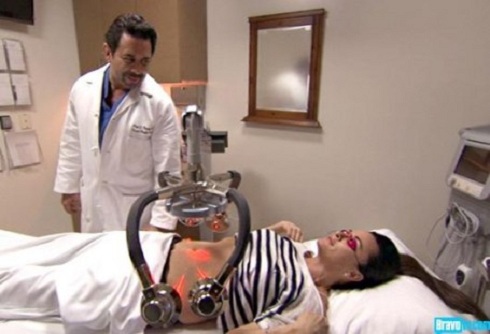 Kyle Richards is in tip-top shape, but she reportedly didn’t do it the old fashioned way. This Real Housewives of Beverly Hills star is said to have gone under the knife in order to keep up with her super skinny co-stars including Brandi Glanville, who was just added to the season 3 cast as an official housewife.

“The deciding factor for Kyle was the housewives trip to Las Vegas,” a source tells Radar Online. “They were filming around the pool and Camile and Brandi immediately stripped down to these teeny tiny bikinis – and, needless to say, they both looked stunning.” 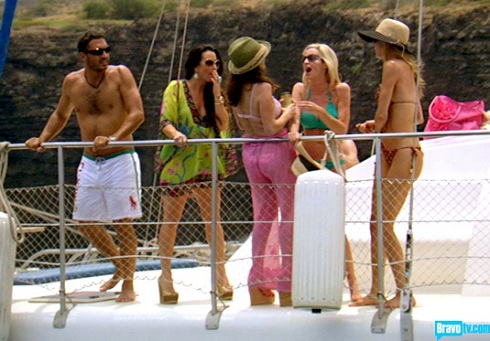 Following the trip, Kyle underwent full body liposuction. It seems a bit drastic considering Kyle was already in great shape. Some of the other ladies may be smaller than she is, but she’s likely one of the most healthy of the housewives. Plus, she’s had four children so she looks beyond amazing considering.

“The doctor sculpted and toned her perfectly and she was completely thrilled with the results. It wasn’t a dramatic difference, but the overall change is amazing. She looks and feels better than she ever has,” the source said. Post-surgery, Kyle is about 15-20 pounds lighter in all the right places.

On an episode of Real Housewives of Beverly Hills, Kyle expressed her frustrations at her “muffin top” and went to Dr. Paul Nassif for some laser treatment to shrink it down. Although she may not have needed to alter her image, if she’s happier now, that’s all that matters. Either way, she’s a beautiful woman.

Kyle’s sister Kim also recently went under the knife. She got a nose job to remove the bump in nose.

Fans will get to see more of Kyle Richards and her new body this fall when season 3 of Real Housewives of Beverly Hills premieres on Bravo.

VIDEO – Does Kim Richards have a drinking problem?

Does Lisa Vanderpump really own SUR?