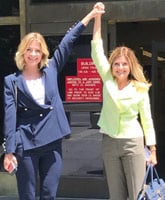 Former O.C. star Mischa barton was all smiles as she exited a Los Angeles courtroom on Monday after reaching a deal that will hopefully prevent any dissemination of a sex tape featuring her and an ex-boyfriend. Get her attorney's comments and details on the agreement made.
Read More... 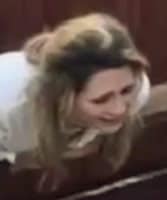 Video has emerged of actress Mischa Barton stammering and then falling before she admitted herself to a Los Angeles hospital on Thursday. The scary footage comes after she says she was unknowingly given GHB, often referred to as a "date rape drug,"  while out celebrating her 31st birthday.
Read More...
Actress Mischa Barton is getting called out for being tone deaf after she made a lengthy post about her anger over the shooting death of Alton Sterling at the hands of police officers, whom she labeled "pigs." It wasn't so much what Barton had to say (although she has received some backlash for the "pigs" reference), it was that she accompanied her thoughts with an image of herself with eyes closed while riding on a yacht and pensively holding a glass of rosé.
Read More... 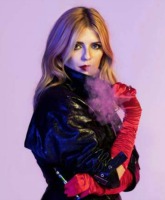 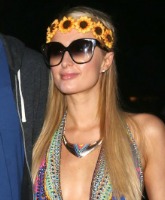