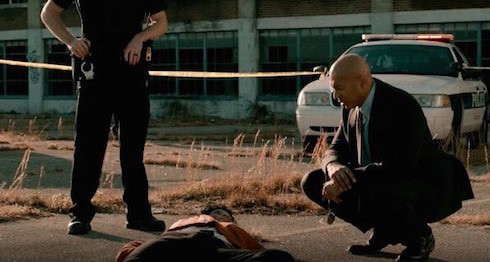 It’s hardly unusual for a reality TV show to have to fight back against claims that part or all of the show is fake. But Investigation Discovery’s Murder Chose Me is hardly a typical reality show–in fact, while it does use elements of reality TV, the show is more closely related to a true crime documentary. With one small difference, of course: where a typical documentary focuses on real-life interviews and dramatizes only a few minutes of the events in question, Murder Chose Me is part of ID’s growing stable of real-life crime shows that instead emphasize the dramatization. The result is a hybrid format popularized by Homicide Hunter and I Am Homicide, one where the detective who actually solved the crime narrates the events as they unfold.

So, is Murder Chose Me real? Judging by comments from fans and skeptics alike, the frequently asked question is rooted in a shared disbelief over Detective Rod Demery’s otherworldly success rate as a homicide detective in Shreveport. As Rod himself explained, a great deal of that success was the result of being a skilled interrogator, and knowing how to lock down a confession as efficiently as possible.

Detective Demery shared some of his stories and secrets on a recent episode of ID’s Detective podcast, one that highlighted confessions exclusively. To hear him tell it, a lot of that part of the job is understanding that a person who’s committed a crime isn’t necessarily trying to keep his story a secret: “I think it’s virtually impossible to do something like [murder] and not tell anybody,” Rod said. “[Remorse] may be the motivation for some people; some people want to brag. Some people want to be understood….I don’t think there’s anything that anyone does that they don’t want to tell anyone about,” Rod said. “I think the question is whether they want to tell you.”

RELATED: Murder Chose Me‘s Detective Rod Demery explains how his mother’s murder led him to life as a homicide investigator 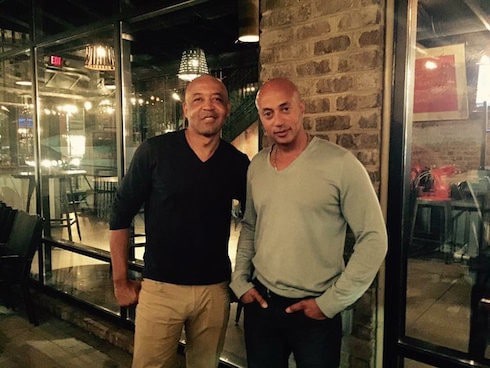 Detective Rod Demery with John Nicholson, the actor who portrays him on Murder Chose Me

Rod also noted that he was aided by the fact that in Louisiana, motive isn’t a requirement for a murder conviction. So you don’t have to prove a motive; you “just have to prove the murder.” And, while the old TV cop standby of pretending to be the suspect’s friend isn’t exactly how he went about things, Rod said his goal was to be someone the suspect would feel comfortable simply talking to. “I just approach them in a way where I’m objective and non-judgmental,” he shared. “The other thing is to be non-threatening….It’s not anything that you offer them; it’s just that you’ve given them that avenue [to confess]….They’re overwhelmed by whatever emotion it is that they’re experiencing at the time, and when they get it out, they feel so much better.”

Rod gets downright animated when explaining how important it is to be a sensitive observer: “The biggest thing a police officer or a detective has to learn is communication. It’s not just expressing something; it’s understanding how someone says something, how they deliver it, their inflection, the words they choose, their body language.” That may sound simple, but it’s likewise important to remember that “people don’t realize all the things that they say” while being interrogated. In fact, according to Rod, more than one defense attorney has told him at trial that their clients “thought he was their friend.”

Here’s Rod’s appearance on “Detective” and his discussion of confessions in its entirety:

(Photo credits: Is Murder Chose Me real via John Nicholson on Twitter)